Design Verbification: How You're Confusing Your Team with Design Terms

Brian Sullivan  |  October 23, 2014
Today's guest post is from Brian Sullivan, who recently presented a webinar with us called "Produce Like Picasso: Mastering Design Delivery." The recording of the webinar is now available on-demand. Enjoy!

Many design concepts are hard to explain because our everyday design words phrases are confusing to other professionals. Designers will ideate it, whiteboard it, card sort it, wireframe it, prototype it, and more. By "verbifying" (or turning nouns into verbs), only design professionals understand you. The rest of your team may be confused.

“Da Vinci It” and “Picasso It”

Let me give you an example of a couple of words I've verbified.

Over the past few years, I have researched two great masters—Leonardo Da Vinci and Pablo Picasso. Leonardo Da Vinci was one of the greatest sketchers of all time. You can find over 13,000 pages of drawings in his sketchbooks. In my first webinar with UserTesting, I explained how Da Vinci generated and evaluated his sketches.

Da Vinci was fantastic at the first 10%, which is starting a project.  I started to verbify the name of Da Vinci. I would tell my product teams to “Da Vinci it” to get them to sketch out the ideas.

During the course of my research, I was bothered that Da Vinci only produced 30 paintings. I found out that Pablo Picasso produced more art than any other person in history. He produced over 147,000 pieces of art in his lifetime. In my second UserTesting webinar, I explained the 5P’s of Productivity in Picasso’s life.

If Da Vinci was great at the first 10%, Picasso was phenomenal at the last 10%. Naturally, I verbified the name of Picasso. I would tell my product team to “Picasso it” when I wanted them to just get something done.

“You Da Vinci it, early. Then, you Picasso it, later.”

My friend, J. Schuh, teaches design students at several local colleges in Dallas. His class attended an early rendition of the Picasso presentation. One of his students came up with a metaphor that she called the Da Vinci sandwich.

At this meetup, we had over 100 designers. Many of the designers began to draw various examples of the Da Vinci sandwich. My favorite example was a cubist rendition of a sandwich by a talented graphic designer.

While "Da Vinci-ing" and "Picasso-ing" made sense to my team and to the design students, it's really important to be aware of when and how we're using terms like these.

Used in the right context, they can be a fast and fun way to communicate. But if I were to tell a new team member to "Da Vinci it," I'd just be confusing them. (And, as you can see, it takes a little while to explain.)

Over the past few weeks, I have written down some sentences used by designers I know:

As a designer, you probably understand all of these sentences with little, if any, context. You product team, on the other hand, is probably confused.

If you want to be taken more seriously, I suggest you do not verbify or use colloquialisms when you talk about design concepts to your product team.

We work in a field that tries to simplify experiences and make things clear. Our design language works against us, though.

Feel free to expressify yourself in the comments section below. I would love to hear other examples of design verbification. Have you made up any design words to use with your team? Have you been guilty of confusing others with them?

Want to learn how to "Picasso" your work? You can check out Brian's Produce Like Picasso webinar here! 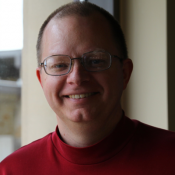 Brian Sullivan has spent more than 20 years building and leading teams of information architects, interaction designers and UI developers. He's designed and tested sites and apps for AT&T, IBM, and Untied Airlines, among many, many others.

Top website wireframe tools and how to test your designs

How to use social media psychology in UX

What is mobile testing?

How to use design psychology for compelling UX

What is a good user experience according to Google?