With console-based digital stores making it easier than ever before to download video games and start playing right away, the three biggest gaming systems (WiiU, Xbox One, and PlayStation 4) are in a race for customer engagement. Usability of these stores is crucial to help customers find the games and movies they’re looking for, as frustrating or confusing experiences could deter them from coming back. We decided to take a closer look at these top gaming consoles to help us discover what delights gamers when searching for and finding games in a digital store.

Tapping into our UserTesting panel for quick feedback, we recruited participants to conduct our remote usability study exploring console store interfaces. To get “fresh eyes” on these stores, we screened for six gamers who owned one of the top consoles (two for Xbox One, two for WiiU, and two for PlayStation 4) but hadn’t used the stores often. We asked them to use their console store find an older game (Assassin’s Creed IV Black Flag) without using the search bar as if they had discussed it with a friend but did not remember the exact name. Once they had found the game, we had asked them to further review the game’s detail page and consider whether it had enough information for them to buy it.

The WiiU’s game store provided a friendly aesthetic but lengthy navigation experience for participants. With their instructions not to use the search bar, participants naturally expected to sort or filter the list of available games to help them find the Assassin’s Creed title. Slowly scanning through the plethora of content available without these capabilities was a clear opportunity to improve participants’ experience by adding simple functions to narrow it down to a manageable task. For these gamers, sorting or filtering their search alphabetically or by genre would make their experience much smoother.    Having found the game, participants were pleased with the information available about the game. Images and video samples of the game were key assets for these participants along with star ratings and a game preference scale that gave them a sense of who enjoyed the game. In addition to this overview, participants mentioned they would like to see the written reviews behind these ratings to better understand others’ impressions of the game.

Surprisingly, participants were unable to find the Assassin’s Creed game on the Xbox One’s game store through navigation alone. Much like those who used the WiiU, these gamers expected options to sort through available games and spent a long amount of time scrolling a list of undifferentiated titles, with one participant even overlooking the game they were looking for as they scrolled down the list! Another participant’s attempt to find a link to the older Assassin’s Creed by opening a new Assassin’s Creed game shed light on their expectation that games be linked by genre or series. Once found through the search bar, the game’s page on the Xbox store provided participants with a wealth of information including gameplay videos, ratings, and the number of players. These participants also expressed the desire to read more in-depth reviews and ratings to get a better understand of how others found the game.

The PlayStation Store provided participants with an engaging homepage displaying vivid graphics of a featured game and sidebar opening to a multitude of navigation options. Our participants could have benefitted from a shortcut to the list of games. Once they found the list, participants’ experience mimicked those on Xbox One and WiiU, using features for sorting and filtering to narrow down their search by genre and series. Game details on the PlayStation store largely met participants’ expectations, providing in-game images, price, ratings, reviews, and the number of players, and could have been improved with availability to detailed user reviews and ratings.

These major console stores all provide a wealth of games, movies, and other content for gamers to download to their TV from the convenience of their home. When we looked to get feedback on how engaging they were, we found that the usability of navigating the content was crucial for participants to find what they were looking for. Tasked with finding a game that they discussed with a friend without knowing the name, they expected tools to help them sort, filter, and narrow down their results based on factors they did know, such as genre or series. Once they found the game, participants were happy with the details that gave them an overview of it. Price, star ratings, images, trailers, the number of players, and more helped participants gain a sense of the game and more novel features such as WiiU’s preference scale aimed to give them a sense of whether they’d like it. “Tried and true” remained at the forefront of our gamer’s minds, however, who were still looking for actual user reviews behind the ratings to understand where they came from. The growth of console stores in content and functionality has brought an enormous amount of content to gamers’ fingertips, and our participants showed that they expected a full-fledged and usable interface on par with other online stores. Providing users with tools to help them find what they’re looking for and see others’ ratings is crucial to creating a valuable and engaging customer experience.

Get to know your gamers!

In this on-demand webinar the Games Research Team from UserTesting walks through examples of studies they have conducted with some of the biggest gaming giants in the industry. 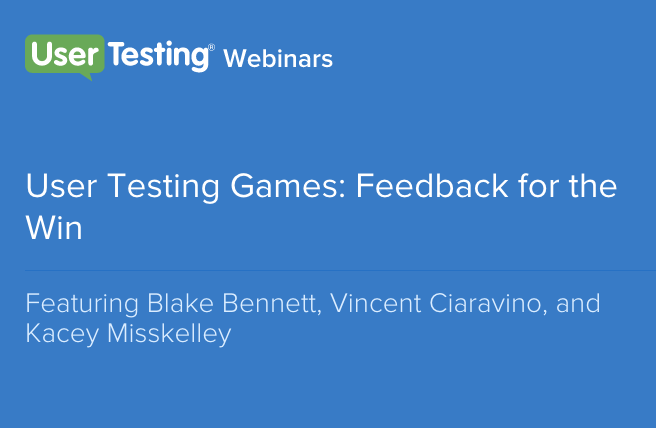 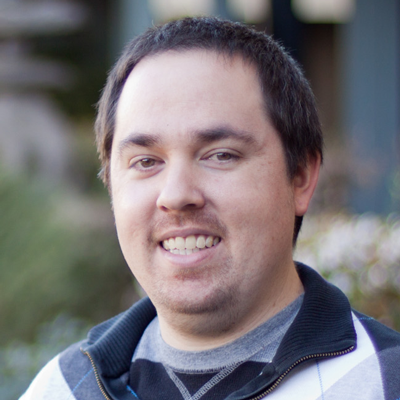 Justin is a former UX Researcher at UserTesting. When he's not working, Justin enjoys playing video games, reading comics, and catching up on television shows.