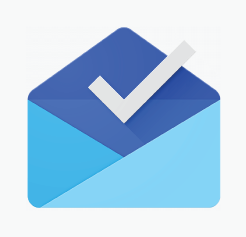 Following the User Journey on Inbox by Gmail

Inbox by Gmail, the new email app from Google, aims to revolutionize the way we do email.

People hate email. We dread opening an inbox full of dozens, hundreds, or (cringe) even thousands of unread emails. We spend countless hours not just reading and sending email, but figuring out ways to cope with our email.

The Inbox by Gmail app (which is currently invite-only) aims to be a productivity tool, not just a communications tool. It introduces several handy features that try to cut the clutter and make the important messages more helpful:

Inbox lets you Pin an email to the inbox, Snooze it until later, or mark it as Done (among lots of other things).

We ran an omni-channel study to follow the journey of four users as they interacted with the app for the first time on smartphone and then on desktop computer. We watched them complete ordinary email tasks, learn the app’s new features, and transition from the mobile app to the desktop app. We also asked them if they would rather use Inbox than the Gmail app.

For the purposes of this study, we weren't as interested in strictly testing the usability of the app. (Google already has an awesome team that handles that!) Instead, we wanted to watch a few people adjust to a new system and find out how they felt about it.

Here’s what we observed as the four users explored the app:

1. Users really appreciated the consistent experience between mobile and desktop

One of Inbox’s big advantages is that you don’t have to learn a whole process in order to move from the mobile app to the desktop app. The interface and the interactions are extremely similar on the two platforms. Unlike a lot of other apps, the mobile version isn’t a “light” version of the desktop app; all of the features exist on all devices.

Users noticed the consistency, too: all four of the test participants remarked that the desktop app looked and felt a lot like the mobile app.

2. Some interactions were different on mobile, and that’s a good thing (mostly)

While the interactive experience is very similar from mobile to desktop, the mobile app has some special capabilities, like swiping left to Snooze an email, swiping right to mark an email as Done, and swiping down to return to your inbox from a Bundle or an email.

As one test participant pointed out, swiping on a smartphone is “a lot easier than having to click a check box.”

Like several other successful apps, Inbox allows users to interact with the app by using the gestures they know and love, but it also doesn’t force users to use those gestures. For example, if you don’t want to swipe, you can always tap the check mark icon to mark an email as Done. But, interestingly, the interactions on Android behave almost identically to the interactions on iOS… even when they conflict with standard iOS conventions and gestures (which could prove confusing to iPhone users).

3. The users had mixed feelings about the app doing a lot of work for you

While a couple of the users thought the app was extremely helpful in showing you only what you need, the others felt like they didn’t have enough control.

For example, half of the test participants really loved the Bundles feature because it made it easy to see related emails in one place (or ignore them, if you prefer). The other participants, however, were nervous about the possibility of missing an important email that got buried in a Bundle.

Users also had mixed opinions about marking emails as Done. While three of our participants felt like it was a handy feature, the last one had some concerns about whether she would still be able to find a “Done” email when she returned to the regular Gmail app.

4. Inbox makes some bold---and risky---assumptions about the icons it uses

Inbox relies heavily on icons, rather than words, to convey meaning. Most functions on the mobile app, like Pinning or Snoozing an email, have no text to indicate what will happen if you click the symbol until after you’ve already done so.

Some of the icons in Inbox conflict with the ideas users already have about what those icons mean. Here are a couple of examples:

While trying to pin an email to her inbox, another user tapped the Done button (a check mark icon), thinking it was a Submit button that would allow her to complete her intended action. Of course, this meant that she undid the action she was attempting to do, and she was confused about why it didn’t seem to be working.

Every innovative app faces the same challenge: users are comfortable with what they know, even if it’s not perfect. It’s always hard to get users to adopt a new way of doing things, no matter how much better your solution is than the old one.

We asked our test participants, “Do you think you will use this app instead of the Gmail app?” after the mobile app test and again after the desktop app test.

Of the four participants, one user said she might use Inbox sometimes, and one said yes. (When we followed up two weeks after the test, both told us that they were still using it.)

The other two participants said they wouldn't continue using Inbox. They both pointed out that the regular Gmail app already does a pretty great job of doing everything they need it to do. They can use the Social and Promotions tabs to reduce clutter, and they can install Boomerang if they want to return an email to their inbox at a later time. To them, the new interface in Inbox was just too much of a change. As one said, “If it ain’t broke, don’t fix it.”

But if Google can overcome the challenge of getting users to adopt the new app, then we could be one step closer to a world where we don’t hate email.

Have you tried Inbox? What did you think? Tell us in the comments below. (If you haven’t gotten an invite yet, you can request one by emailing inbox@google.com.)

Find out how your users categorize information—and why