Today's article is a guest post from Olivia Chow, Project Lead for finder.com. Olivia and her team wanted to better understand why so many consumers were dissatisfied with the money transfer industry and launched their own study to learn more. Below, Olivia shares her team's journey to discovering how the the money transfer industry can improve the experience for consumers. Enjoy!

The international money transfer industry is booming. Analysis by finder.com estimates that $140.1 billion was transferred out of the US in 2016 alone. This amount is more than half the amount the nation borrowed for mortgages ($231 billion) and greater than student loans ($78 billion) and credit card debt ($46 billion) combined. Far from a niche category, finder.com research uncovered an estimated 84.3 million people (one-third of the American population) sent money internationally from the US. Looking ahead, finder.com forecasts that $146.67 billion will be the remittance total for 2017. Despite the volume and potential for growth, finder.com’s study revealed that the industry is marred by dissatisfaction. An overwhelming majority of those who transfer money internationally (96%) indicate they are not happy with their transfer provider with 80% of these feeling ripped off. Following this preliminary research, finder.com decided to delve deeper into the discontent among consumers. We wanted to understand what confusion and hassles surrounded the act of making a money transfer, leading to the widespread consumer dissatisfaction.

We launched a comprehensive industry study, engaging UserTesting in the process, to form the inaugural finder.com Money Transfer Awards. The process of finding the money transfer providers began where most consumers begin; Google searches, consulting industry associations, speaking with experts and those who transfer money themselves. With 35 providers found, we conducted a thorough assessment, collecting over 1,500 data points across 45 factors including notable user experience, market size, number of countries and territory coverage and digital transactions. These results allowed us to filter down further to 13 finalist providers, who were put through rigorous tests to determine their performance across the six categories of Best User Experience, Fastest Transfer, Best Rates, Most Trustworthy, Most Convenient and Outstanding Product. We let the top concerns and needs of consumers making money transfers define each category. As such, it was important to get real input from actual consumers. We used UserTesting to recruit 39 independent users to rate their experiences with the providers which weighed into final results across the categories. Participants were selected based on the fact they already transfer money internationally, and were asked to observe and provide feedback on a range of metrics:

Analyzing the results of the study conducted with UserTesting, we compiled a list of three potential reasons consumers are so unhappy with their international money transfer provider: 1. Feeling ripped off Our research revealed that 80% of money transfer customers feel ripped off by their provider. In an industry notorious for its lack of transparency, we can understand why. Market rates and exchange rates offered by providers (which are often padded out with hidden fees) typically vary, impacting the final amount received and creating a general sense of confusion. Some providers, like TransferWise and Circle, do use the assumed market rate, making the fee truly the only thing that needs to be compared. 2. Lengthy verification process Consumers in 2017 are geared toward convenience. One-swipe access to funds or to make a payment is the norm in day-to-day transactions; however, due to greater regulations in the international money transfer market, this is not the case. These processes are in place to protect against money laundering and fraud, both of which are serious and frequent issues plaguing the industry. The best-performing money transfer providers are making the verification process as seamless as possible, allowing consumers to upload verification documents within an online application—easy to follow without compromising on security. 3. Limited access When consumers are transacting in their own country, it is just a given that being able to transfer money between states is possible. However, despite the globalization of the internet, this does not mean that all international money transfer providers provide access to transfers to the country of your choice. In fact, not one of the providers researched in the finder Money Transfer Awards covered over 90 countries and territories, and more than half offered less than 40 countries online. This was even the case with money transfer veterans such as Western Union and Moneygram, who boast country coverage counts over 130 but can only receive funds via digital means (in a bank account) in less than 60. The rest are only available if recipients want cash. Expanding corridors offered will be a big drawcard for consumers to switch from physical to digital transfers. Despite this dissatisfaction, many consumers will remain with their current provider. Results of our preliminary revealed 25% of the people who feel ripped admit to doing nothing about it. For example, during user testing, one participant was clearly concerned about how far her dollar goes but didn’t know to check the exchange rates when comparing money transfers, saying "Some places don't have fees, which I like because you're already sending this much money.” Unfortunately, many consumers approach money transfers with the assumption that the fees are clearly denoted and just like that participant, they don’t think to examine the exchange rates in addition to transfer fees. Hidden fees are something anyone can locate at the top of their search results when they Google exchange rates. For example, Googling “US dollars to British pound,” or whatever exchange rate they seeking. But most people don’t—even when prompted to comment on a provider’s commercial exchange rate, which was demonstrated in our user testing. For example, another test participant was asked to initiate a transfer of US $500 to Mexico, an unfamiliar exchange for him. His reaction was to not do his research, but he instead summarized the state of the average consumer, “I have no clue because I have nothing to compare.” For those that do Google, they will find these hidden fees, hiding in plain sight: With digital wallet platforms, new technology, threats of impending foreign policies and new players entering the market on an increasingly regular basis, it’s clear the international money transfer industry is being challenged in more ways than ever. With such high levels of dissatisfaction, the landscape appears on the precipice of disruption for those who dare to innovate or simply meet consumers needs. While the aim of this project was to gain insight into the hurdles faced by consumers on the international money transfer journey, the results of the underpinning research—including video results from UserTesting—provided valuable insights for providers, not only on their competition, but potential areas to adapt in future. 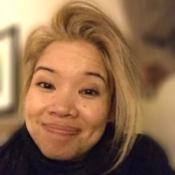 Olivia is the Project Lead for the finder Money Transfer Awards. She specialises in prescriptive consumer and trend research having been a founding member of the Hanesbrands Inc. Global Trend and Innovation team, consulting for the New York Times, and writing for VICE and Intel's Creator Project.