You've read what The New York Times and The Wall Street Journal have to say about Apple's latest software, iOS 7, but what do actual users have to say?

To find out, we asked 10 testers to complete a set of tasks that included playing around with some of iOS 7's new features as well as features they've probably used every day with previous iOS versions.

A lot has been made of Jony Ive's redesign of iOS 7's icons and interface, and not all of it positive.

Our testers, however, found a lot to be happy about with the redesign and many used superlatives like "beautiful" and "amazing" to describe the changes in iOS 7. There were also more than a few who commented on how impressive some of the new 3d elements look.

Over all, the design was received well by our testers, except for this guy: With iOS 7's design scoring a total of 42 points out of a possible 50 (and 4 of the lost points are thanks to the user in the previous video), the new look iOS is off to a good start.

While iOS 7 was a winner on most fronts with our study, several testers struggled to find Spotlight, their phone’s internal search. With Spotlight’s gesture changing in iOS 7, there were more than a few testers who had trouble bringing up the internal search feature.

As a result, this task received the lowest score out of all the features we tested, with a disappointing 31 out of 50. (In fairness to Apple, a How to Search tutorial is part of the setup process. Based on the user experiences we observed, we recommend that users watch the tutorial.)

While all of our testers had no problems pulling up all their open apps, many of them had trouble closing them.

A number of our testers attempted long-pressing the icons like you would in previous iOS versions, and were frustrated when it didn't close their chosen app.

Our testers however, were a lot more forgiving with this feature than they were with Spotlight, which was reflected in this feature's total score of 42 out of 50.

While testers had trouble closing apps, many of them conceded that they were still learning about all of iOS 7's new features, and in spite of their troubles, they were still impressed with the visual overhaul of the feature's design.

This tester loved the redesigned multi-tasking feature and even commented on how they can make it even better:

Control Center (Toggling Wi-Fi On and Off)

One of iOS 7's most talked about features is the new Control Center, which allows users to quickly access their most frequently used settings with the swipe of a finger.

Among these settings is the Wi-Fi toggle, which half of our users accessed through settings, rather than the new Control Center. In spite of this, all of these testers still scored the ease of finding this feature a 5.

The tester below noted that the Control Center was something he has been waiting for since he found out that a similar feature existed on Android.

With a total score of 49 out of 50, and tied for the highest scoring feature in our study, the Control Center is clearly a winner among iOS 7 users.

Many of our users commented on how much they liked Siri, especially "when it feels like working," as one of our testers put it.

With the exception of the tester in our video below, all of our participants were able to easily perform this task and achieve their desired outcome with their first command.

The trick with getting Siri to do what you want has always been to know the exact command, and with a combined rating of 46 out of 50, it seemed like testers went into this task with this expectation, and were pleasantly surprised at the results.

Our testers' first impressions of iOS 7 were extremely positive, with a number of different features that we didn't highlight receiving impressive scores:

With a total score of 576/600, Apple's iOS 7 held up exceptionally well during our study.

Now, It's Your Turn

How has your experience been with iOS 7? Were there any features you would've liked to see us test? Let us know in the comments below. 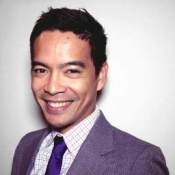