Ki Arnould  |  September 15, 2015
As a researcher at UserTesting, I work with a lot of clients who have established sites and brands. However, I recently had the chance to work with an up-and-coming site called The Rogue Runners, and man, was that fun.The Rogue Runners is a new organization that creates virtual charity events centered around two things: exercise and popular culture. For a small entry fee ($25), you get to participate in a week-long “virtual run” centered around a current television, film, or otherwise nerd-tastic franchise (think Star Wars or The Walking Dead). You share your exercise progress with others, donate to a worthy cause, and receive a uniquely-designed medal for taking part—whether you hit your exercise goal or not. I began working with the team just days before their official launch of the site, and even inside that tiny window, we were able to accomplish a lot of things with just a few user tests! In addition to getting fresh perspectives on their work, they also used the test participants’ feedback to prioritize various changes to the visual design and copy of the site, validate their decisions, and even pinpoint additional questions about their users’ experience that they hadn’t thought of before. For the next few minutes, I want to share the story of how their small team and deep-seated enthusiasm turned seven user tests into multiple opportunities to rapidly iterate on their new site.

Round 1: Finding basic areas for improvement

Like any good user test ought to, we started our test with a few basic research questions:We decided to launch a single session at first, just to get initial impressions from a real-life user. The developer was still in the middle of building images and adding content to the site, so of course we let the user know that what they were viewing was a work in progress. We also provided some core tasks and basic questions for the user to go through.Our first user pointed out several valuable areas of improvement, many of which validated our own hypotheses:

The user quickly pointed out that "...nothing on the first page is truly explaining what it is."Although there was content on the FAQ page that explained virtual events, the team needed to do a better job of explaining how the site works.Solution: The developer whipped up an informational graphic of the basic steps and added it to the home page carousel.

About section vs. FAQs

The “About Us” and “FAQs” sections held the same information, but in the user’s mind, served two different purposes.Solution: The team adjusted the copy on the “About Us” page to share a little bit more about themselves, which they were actually really excited to do!The first user also pointed out some boilerplate links that weren’t needed, which helped the team determine where they wouldn’t need to spend time expanding content… and where they would.

Within 24 hours, the team was ready to test again. We ordered another 2 tests, and watched them together, chatting and spitballing ideas as we went.

The infographic in the carousel explaining how the site works was not enough explanation for users. One user was looking directly at the carousel as she admitted that the concept was new to her, and another indicated that she had to guess what the site was for. Solution: The Rogue Runners team took a quick peek at some similar sites that host live events and came up with two small additions to the home page: a tagline (“Virtual runs for real charities!”) and a static explanation of “virtual run” underneath the carousel on the home page.

In the same day, we were able to launch two more sessions, bringing the total up to five. At this point, we started to notice singular comments being repeated, which helped the developer decide what parts of the site needed additional tweaks.

When it came to contacting the organization, users strongly preferred and expected to see contact details, rather than have an automatic email pop up. When the first user mentioned it, we let the remark slide (because at the time, we were focused on the much bigger challenge of getting the concept across), but when our fourth user said the same thing, we knew it was time to make the change. Solution: For the “Contact” links (in the header and footer), the team created a page with contact information and a form to fill out.

Registering for an event was tricky due to some terminology changes during the flow that made it feel more like shopping than signing up for an event.Solution: Although the developer was somewhat restrained by the template she was using to build her site, she did recognize that the registration flow needed more attention. The original test script did not include any specific tasks about this. Therefore, our solution was to test more deliberately along the registration process, to see if this was a common issue. As a researcher, this is probably my favorite thing about iterative testing. One set of results can reveal questions that you might not even think about while you’re developing a site or app. Luckily, the UserTesting platform makes it insanely easy to add new tasks and questions to a test plan, so we added tasks to address the following objectives:

Round 4: Polishing and optimizing

We ran just two more users through the updated test, and came away with some harder issues for the Rogue Runners to tackle next:

Users definitely considered registration and checkout to be completely different things, so seeing the terms used interchangeably was confusing, and made it difficult to figure out what to do next. Solution: The developer removed all “ cart” terminology from the individual event pages, and added a short registration form, which ends with a button that mentions the price. This made the transition from registering to submitting payment more intuitive to users.

Still some confusion on virtual events

Regardless of the many explanations throughout the site about virtual events, some users continued to struggle with the concept, wondering where the events were located.Solution: The developer made sure to add “Location information” to each event page, which reinforced that the events could be carried out anywhere.

Something I noticed while working closely with the team was a lot of nervousness. Every time we launched our study to a new round of users, the developer in particular would stress about how users would interact with her work. However, the tests helped her to focus on what could be fixed/improved inside of the time she had before launching, and, to her delight, revealed just how awesome most people considered her site to be. The Rogue Runners’ bigger aspirations include developing an app for tracking activity and sharing progress, but for now, they have the site up and running, and are actively publicizing their first event on social media. They’re also offering running tips, updates on various pop culture franchises, and even giving out free samples of exercise-themed products. This crew is pretty exercise-conscious, and they understand how important it is to establish rhythms and routines when it comes to fitness. That mindset has definitely extended to testing as well; in the time it’s taken me to write this blog post, they’ve already made some beautiful updates to their site design, and reached out AGAIN to continue testing... a healthy habit that we at UserTesting definitely support!It was a lot of fun to work with a small team to build something new. If you’re developing an app or website, UserTesting can be an incredibly fast and cost-effective tool. It will help you gut-check your work, prioritize improvements before release, and reveal important research opportunities that you might’ve overlooked. Plus, it’s a lot of fun! 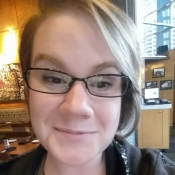