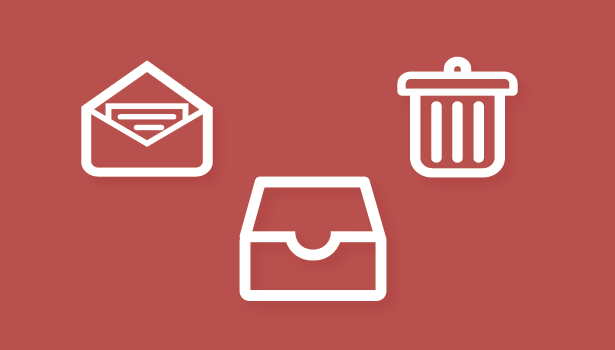 Complaining about my inbox has become a habit for me. As someone who’s never achieved Inbox Zero, the growing list of subject lines in my inbox often makes me cringe. I know there’s something good in there somewhere, but I just don’t have the energy to power through all 867 emails to find that one awesome deal I just can’t pass up, or that article that will forever change how I live my life.

Sound familiar? Many of us have a love-hate relationship with our inboxes, but as marketers, email is a powerful tool. Despite the sometimes overwhelming amount of information people sift through every day, email marketing is surprisingly effective.

According to ExactTarget, 66% of consumers have made online purchases as a result of a marketing email. Not too shabby. That’s a great resource—if you can get your customers to actually open and read those emails.

We wondered what it took to get users to open an email, and what, if anything, inspired them to actually read and click through one, so naturally, we ran a study to test just that.

We asked 10 users to log in to a sample gmail account and review the inbox to see what grabbed their attention, what made them click and why, and what emails they’d act on and which ones they dismissed. After that, we ran an A/B test with sample emails from Teavana with slightly different subject lines and content.

Since we’re all unique individuals, it wasn’t surprising that everyone was interested in different topics, so there weren’t any standout brands that everyone wanted to read. But we did uncover a few interesting trends that apply to email marketing in general.

Here are the four components of an email marketing campaign that had the most impact on users:

The subject line was the first thing most participants noticed when opening the test inbox. Similar to how users tend to scan websites rather than read in detail, our participants skimmed over the subject lines for anything that stood out.

As a result, headlines that were too wordy or unclear were quickly dismissed. The subject lines that were most descriptive—either about the subject of the email or the benefit promised—were the ones that attracted participants most.

For example, emails from Allrecipes generated a lot of interest, according to participants, because the subject described what the email was about in a simple, descriptive way. Putting “Savory Chicken,” or “Excellent Roasted Veggies” clearly explains what the email will be about.

Subject lines that weren’t so straightforward or didn’t offer some sort of benefit to the participant, however, discouraged participants from opening them. A great example of this was from Guess.com, “Our Current Color Crush is…” The subject for this email isn’t crystal clear. Unless the user is familiar with Guess.com, he or she might not know what “color crush” means. Also, the subject focuses on the company, rather than its intended audience. Users want to know how something can benefit them, not what the company thinks they can sell to them.

The impact of the subject line was also heavily influenced by participants’ familiarity with the sender (which we’ll talk about next).

Pro tip: Keep your subject lines short and sweet. Some participants noted they avoid emails with lengthy subject lines because they resemble spam.

Ask yourself this: How likely are you to open an email from an unknown source? Not very likely, right? Then it won't surprise you that our test participants weren't likely to open emails from companies they weren't familiar with. However, just because a participant recognized the sender, that didn’t automatically mean that email would get opened. Participants were most attracted to emails that had great subject lines and were from familiar companies.

Interestingly, though, unfamiliar companies with great subject lines did attract some attention, although didn’t necessarily fully convert to open the email. Why would this matter? Well, if you catch a user’s attention once, the next time you won’t seem so unfamiliar. As a result, your risk of that user unsubscribing goes down, and the chances your emails will get opened go up.

In other words, if you want to build trust with your audience—and keep it—make sure you have clear, engaging subject lines to pair with your brand.

Every participant noted that they avoided emails that weren’t interesting or relevant to them. As you can imagine, though, every participant was interested in different topics. So how do you appeal to everyone all the time?

The short answer: you don’t. What you can do, however, is know your audience—and how you can help them—inside and out.

One of the favorites of our study was Allrecipes. There were several emails from the site in the study, and participants varied on which of these they were interested in. How did they do it? They varied the subject lines to attract various segments of their audience. For example, one email references chicken, while another mentions roasted vegetables. They know their audience has meat lovers and vegetarians alike, and they’ve catered their email campaigns to satisfy both groups.

While no email campaign can be all things to all users, you can improve your chances by learning as much about your audience as possible, and varying your content to attract as many of those segments as possible.

4.  Promise of a benefit to user

A clear, relevant and interesting topic probably seems like plenty to squeeze into a succinct subject line, but you’re not done yet. The magic formula for our participants included subjects lines that offered some sort of benefit to them.

The benefits varied widely depending on topic and what participants expected from the sender. One participant found UnderArmour’s email appealing because it clearly offered her a benefit (free shipping) which prompted her to open the email.

After we observed our participants exploring the inbox on their own, we asked them to compare two variations of a marketing email from Teavana. Here were the subject lines:

A: Watch how to brew the perfect cup!

B: Brew the perfect cup in 3 easy steps

Can you guess which one participants preferred? Let’s take a look at the top four reasons our participants open emails, and see how the two options compared.

When you send an email, you have just a few seconds to grab user’s attention and share your unique value proposition. Keep these points in mind as you plan your next email campaign and let us know how it went in the comments.

If you enjoyed this article, check our recent eBook, The Marketer's Guide to User Testing. 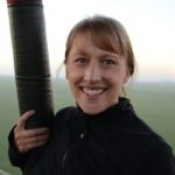