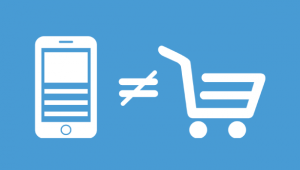 If there’s a consensus about anything in the fast-changing mobile market, it’s the idea that e-commerce conversion—the ability to move a customer from interest to purchase—is lower on mobile devices than it is on personal computers. Smartphones have the lowest conversion, but the conversion rate on tablets is also lower than that of computers.

Although we all agree that conversion is usually lower on mobile, there’s not a consensus on why it happens.

A common explanation is, “Smartphones are more of a browse or research platform rather than a buy platform.” But that’s like saying that an egg is round because it doesn’t have sharp corners: It describes the situation but doesn’t explain why it’s happening.

Another common explanation is that “only rich people use tablets.” According to this idea, tablets convert at a higher rate because the rarefied group of tablet users spends more money on everything. But in reality, tablets, smartphones, and personal computers have all become mainstream devices in the developed world. According to the Pew Research Center, about 79% of American households have personal computers, 53% of Americans have smartphones, and 42% have tablets. If average income were the driver, PCs ought to have the lowest conversion rate because they have the broadest user base.

A third explanation is that smartphones are used on the go, when people don’t have time to shop. But if people weren’t shopping on mobile at all, there would be no Web traffic from smartphones to commerce sites. Instead, commerce companies report a lot of mobile traffic but not a lot of actual purchasing. So there’s something about mobile that discourages people from moving from research to purchase.

Thousands of user studies by UserTesting suggest that there are three overlapping reasons for low mobile conversion:

The mobile conversion problem can’t be solved instantly. It’s driven by a large number of small issues rather than one big thing that can be easily fixed. Mobile site design is a harder job than desktop, because the screens are smaller and because the best practices for mobile are still being discovered.

Because of the complexity of mobile, many companies try to farm out its execution to contractors, or focus on a single panacea, such as responsive design. That’s dangerous. Although mobile is still a minority of mobile commerce traffic, it’s growing rapidly. Some companies, including Facebook and Yelp, report that mobile accounts for the majority of their business. Commerce companies that treat mobile as a second-class citizen are putting themselves at risk as the move to mobile accelerates.

Make sure the language you use in your store matches the vocabulary used by your customers. This applies to the tags and menus you use to identify your products and the button labels you use for navigation within your store. When in doubt, copy the terms used by the biggest e-commerce leaders. They’re the ones being seen by the most customers.

We think that two levels of menus, with each list filling about one screen, is about the maximum you should do. If you need more than two levels, add a landing page after the second level to keep people oriented. Think like an elevator in a department store.

3. Use carousels with caution.

If you must include a carousel, keep the images clear and the words few (and large). And don’t use the carousel for something that should be a navigation button.

The mobile paradigm is to tap and edit in place, rather than going forward and back.

5. Give access to the PC view of your store.

(But not by surprise.)

Find ways to determine whether a visitor is shopping or browsing and adjust the experience to them. Remember, mobile is all about immediacy and personalization.

7. Take advantage of what mobile does best.

Rather than struggling to turn a mobile device into a computer, optimize for the things it does best. Test flash sales and instant ordering. If you have brick and mortar stores, ask how mobile can enhance the in-store experience.

Track users across device types, and make it easy for them to share a discovery or shopping session with themselves, so they can resume later on a different device.

This is the hardest task, but also the most important one. Learn how mobile can change the shopping process. If you have a brick-and-mortar presence, explore ways that mobile can supplement your in-store experience. The real question isn’t how mobile converts, but how your whole business converts.

10. Assume nothing; test everything.

If your business is successful in the desktop web, you’ll have a set of unstated assumptions about dos and don’ts for online shopping. Some of those assumptions will turn out to be wrong in mobile, but it’s impossible ahead of time to say which ones. Continuous user testing is critical to optimize your mobile presence. It’s better to test in small batches continuously, rather than large groups at the end of development, so you can learn constantly and identify any problems as early as possible. 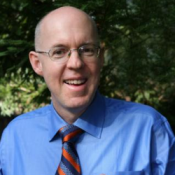