Hear from top experts in the fields of conversion optimization, UX research, design, product, and more. 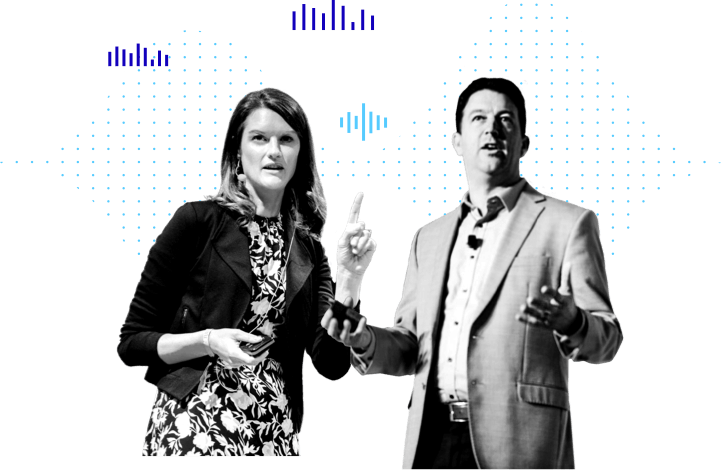 Speaking the language of execs: it's not about CX

Are you speaking the language of your executives?

If you’ve been sending them a doc to explain your latest great idea, you’re not.

Because they speak in the language of spreadsheets.

In Episode 12 of the Human Insight #podcast, @Tamara Adlin discusses the importance of understanding your audience, especially when your audience are your executives. In this episode, you'll learn:

When John S. Couch started at Hulu as Vice President of UX and Design in January 2016, one of the first things he wanted to do was produce a vision video.

Design is a lot like the parable of the elephant and the blind men, said Couch, author of The Art of Creative Rebellion. In the story, the blind men have never come across an elephant before so each man feels and describes only one part of the elephant, like its trunk or tail—unable to describe the elephant in its entirety

“They're all correct, but they're looking at it only through one slice,” Couch said. “And what I wanted to do was make a short film, which described the end result. What the whole elephant looked like.”

“And there was an immediate mental shift,” Couch said. “From ‘We're not really sure’ to ‘Oh, that's the elephant.’”

In Episode 11 of the Human Insight Podcast, Couch goes on to talk about his career path (such as exaggerating his skill sets to land a job at Wired to the evolution of his role now as a Mr. Wolf—consulting companies on their UX and design problems).

Accelerating edtech: A conversation about supporting learners in a remote world

Edtech is booming.  In this episode of the Human Insight podcast, we interview Raina Mehta who is vice president and head of product and UX at Kaplan. In her interview with Janelle Estes, UserTesting’s Chief Insights Officer, Raina shares how Kaplan is accelerating edtech and the challenges they–and all edtech–have to address to engage with today’s online learners.

In this season of the Human Insight podcast, Andy MacMillan and Janelle Estes will be talking with some incredible experts and thought leaders who believe in, value, and invest in human insight to get a holistic understanding of their customers.

That includes Raina Mehta, head of Product and UX at Kaplan; John Couch, author of The Art of Creative Rebellion, and Dan Storms, Chief Product Officer at CookUnity, and many others.

On the show, we’ll shed light on trends; explore how we can learn and get better, and elevate the work of leaders and experts pushing the boundaries of our industry.

The Human Insight podcast is an original series from UserTesting. Follow us wherever you get your podcast. Talk with you soon.

Innovation & UX in the public sector

UX in a B2B world

The parallels between UX/CX and employee experience

Building a customer-centric culture at Rothy's

Health communication and the future of telemedicine

CEO, Andy MacMillan,‍ and Chief Insights Officer, Janelle Estes,‍ speak with Director of The University of Texas at Austin Center for Health Communication and Professor of Population Health, Michael Mackert, Ph.D. about what health communication is, why it matters, and the future of telemedicine in light of the global COVID-19 pandemic.

Messaging and brand during coronavirus

UserTesting's Chief Insights Officer, Janelle Estes,‍ hosts a discussion with CEO and Founder of Motivate Impact, Mona Patel, on messaging and brand during the COVID-19 pandemic.