A day in the life of: Jason Amunwa, Director of Product and Marketing 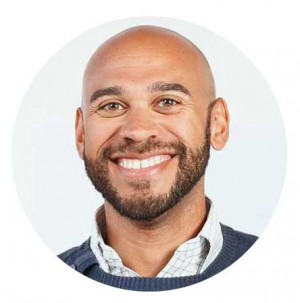 Tell us a bit about your background, and what you do for Digital Telepathy now.

For a while, I've been Director of Products here at DT. We're a design agency. We work for clients very closely, but we also learn a lot from them. Over the past five to six years, we've also built our own software products. We built products like SlideDeck, a WordPress plugin for our content sliders. We built Hello Bar, which I think is now owned by Crazy Egg, as well as Filament.

My involvement with each of those products was really from concept right through to monetizing it, marketing it, and growing it. I worked very closely with a very small team, just one designer, and one developer, and then Chuck, our founder, was also steering the ship, as well.

My involvement with those was with strategy, figuring out the answers to questions like, "Is there a need for this product? Are there things we could be doing to scale it or better meet the need of our users?" I also did customer support, marketing, you name it.

Right now, I'm serving as the Director of Product and Marketing.

How do you prepare for your day every morning?

Before I get to the office, the first thing I reach for is my phone, which I'm not proud of that. When I wake up, I open my eyes, I turn off my alarm, and then I reach for my phone just to check that nothing blew up overnight because we move very fast here.

Whether it's products or marketing, there's always an e-mail campaign going out, a blog post going live, or a feature that we launched the day before. Because we move so fast, sometimes things don't work as expected. I'm always on the lookout for that, but I'm also really curious about the performance of things.

For example, when an e-mail campaign goes out, I wake up and I want to know, "Okay, how did the open rate test do? How did the click rate do? Did it get a bump in traffic? Did that feature drive any upgrades?" All those things run through my head the moment I open my eyes.

How do you find inspiration?

It's always running in the background, especially on the product team. One of us would, at least once or twice a week, come into the office and start the conversation with, "I was in the shower and I had this idea." We actually have a shower here in the office and we were considering just taking shower breaks because that's just where inspiration or insights would seem to strike. It's a cauldron of ideas here; that's part of what makes it a lot of fun.

I use Buffer a lot too. In addition to maintaining outgoing communications from us, we find so much good stuff there all the time. First Round is another favorite, the VC blog.

We have a pretty strong philosophy of sharing what we learn around here. We've done that for a long time, so when this stuff comes to us, we feel it’s our responsibility to pass that along. We don’t want to keep things to ourselves. If we think something that we’ve learned might be helpful, we’ll share it.

It's the type of place where, yeah, everybody has an official title, but they're largely based on your functional role. We're not going to call a Designer a Developer if they don't develop.

At the same time, it's flat when it comes to our  attitude about roles. For example, you can see a Junior Designer sitting with Chuck, our founder, and just bouncing ideas off of each other for a new thing that they both want to pursue. There's not really very many gatekeepers here, and ideas really come from anywhere.

Where do you fit into the team? Who do you interact with most on any given day?

It feels like I touch every aspect of the organization. In terms of who I work with, it really depends on what's going on. When we were focusing on our products, I would be working very, very closely with our lead developer and our product designer.

Right now, with marketing, I'm bouncing around, doing a lot of different things. It's nice, I get to talk to lots of different people. Whereas, with product, it was much more a hunkered down, three-person team, just going after the goals that we had set for ourselves.

What does your desktop look like? How is it organized?

I’m pretty organized. I have a few trinkets on my desk to keep me interested. I like two screens, mainly because I do a lot of work in Trello and Google Sheets, which may sound super boring, but at the same time, it's really fascinating types of things you can figure out when you just slice and dice data a little bit.

What’s the first thing you do when you get to your workspace each day?

Lately, it's been monitoring the chatter and just checking for requests for questions coming in from the outside. That's very different from what I was doing before on the product side, which was checking in with my team, seeing how they did yesterday, making sure that priorities are set. We would do a half-hour standup meeting every morning, just to scrum and say, "Okay, let's figure out what we want to do today and how are we doing with our goals for the week?" Marketing is much more monitoring the inbound requests, so tweets and project inquiries, folks who want to work with us, questions about our products, our customer support. That part hasn't actually changed. I still keep an eye on customer support, mainly because I like to know what's going on out there. It's very easy to get stuck in a bubble. Hearing from folks outside is always nice; you get that outside perspective.

What applications do you use on a daily basis? Are there any you couldn’t live without?

I have probably between three and five Trello tabs open at any given time. I need that to live. It's like oxygen to me. Prioritization is one of the biggest things that I do, just figuring out what's the most important and impactful thing I can do right now to move the company as a whole forward.

Google Sheets and Google Docs, I'm in there literally all the time, from a writing perspective and dealing with data, which is a new focus for us. We've had our blog subscriber list for a while, but we're really drilling down into it to understand our readers a lot better and understand what kind of stuff they need.

We did our first-ever webinar a while ago, and we were just blown away by the response. We had hundreds of people sign up to watch it, and we've just been having so much fun interacting with folks in the aftermath, sending them materials that we referenced, or talking about the tools that we mentioned on the actual broadcast. The enthusiasm jazzes us up, to be honest. It's been so awesome. We're a fifteen-year-old company and this is our first time doing this.

In your opinion, what’s the biggest misconception about the world of UX?

If it was just UX, I would say the biggest misconception is that it's digital only. I think it's with the internet of things on the rise, and with the rapid rise of 3D printing, design thinking is becoming much more prevalent across multiple industry protocols. I would say it's a huge mistake to think that UX is just digital.

That's where it started growing out into customer experience. It's every single touch point of your business, whether it's online or offline, should fit into some kind of intentional pattern. If you're not intentionally designing that experience, then that's where things can get off the rails and they become inconsistent, and that's where user frustration sets in, friction sets in, and you start to get problems.

I think as UX professionals, we're going to have to start thinking in a much broader, channel-independent way. I think there's a race on right now just to develop the frameworks and the tools to be able to measure this kind of stuff or to understand how to go about building these types of cohesive experiences.

For design in general, the biggest misconception is that it can be done in a vacuum. I think that the best designs honestly happen when you get representatives of all the different disciplines in your organization together in a room to solve a design problem. Getting multiple perspectives on design problems is critical to quickly coming up with a good solution that's workable.

Want to learn more about Jason?