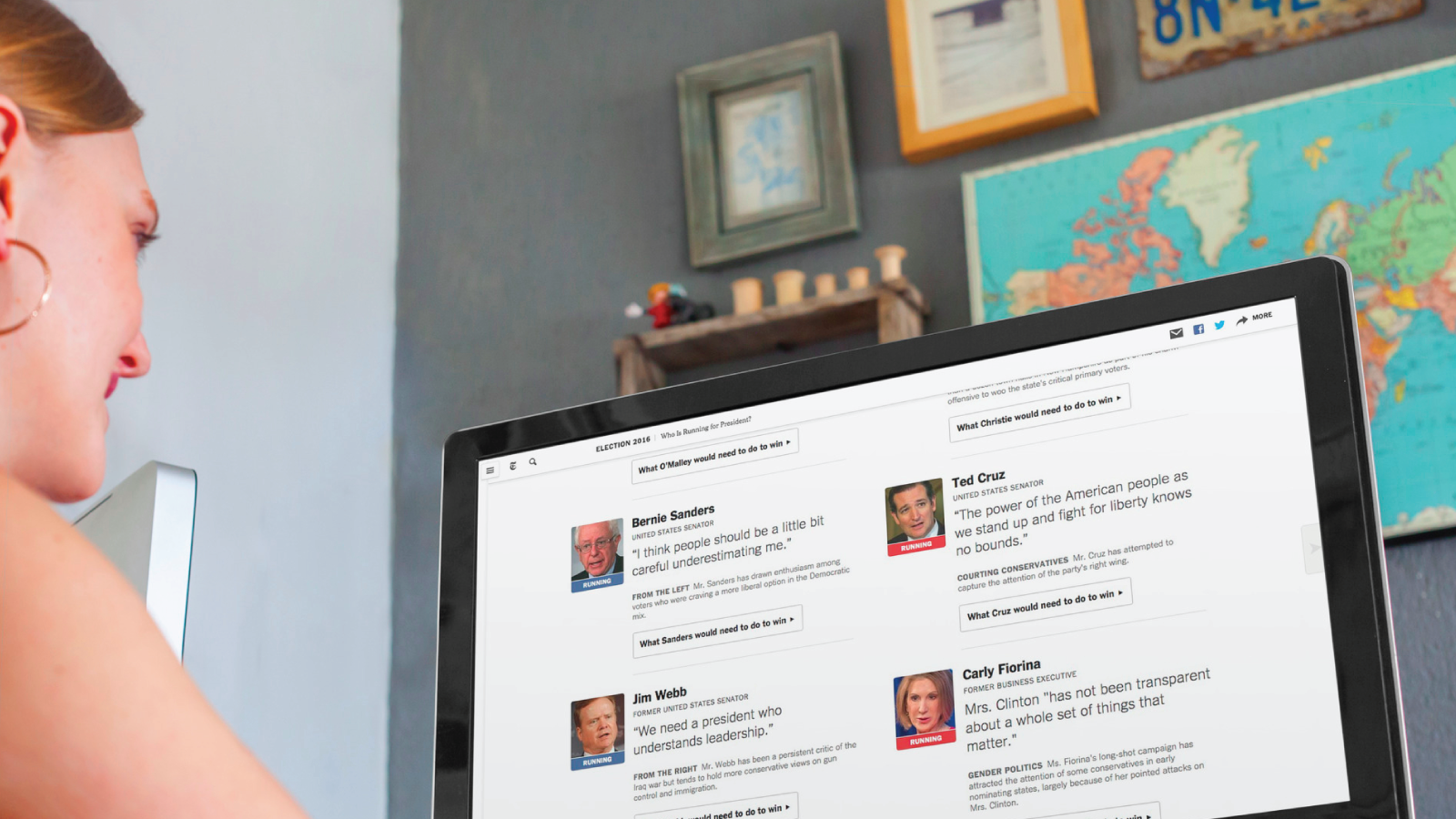 Christine Danko  |  August 25, 2015
Every Tuesday, UserTesting studies a different topic to share here on the blog. We hope you’ll learn some nifty research techniques and get inspired to run some insightful tests of your own. Enjoy, and check back in next Tuesday!
It’s that time again—the summer before a presidential election campaign when news broadcasts in the United States start to focus on the candidates who have jumped into the race as they attempt to distinguish themselves from the competition.Listening to election coverage, I’ve often wondered how well people do in cutting through the buzz and identifying the politicians who would best represent them in the White House. Being able to find what you need is a key element of user experience, so my question was this: can people find out who these candidates really are? Taking advantage of access to the UserTesting platform and our panel of participants to conduct research, I decided to see what I could discover. Like many UX researchers, I started my study with a hypothesis: While many US citizens want to be good voters, and want to know what the candidates stand for, it’s easy to get stuck at the soundbites, obfuscation, and irrelevant noise that surround modern presidential campaigns.So I put my hypothesis to a test. I designed a study with six participants aimed at finding answers to the questions: how do users attempt to research presidential candidates, and how easy it is to find answers to the questions that really matter to them?The participants were screened for being U.S. citizens who have voted in the past but were not yet committed to a candidate for the 2016 election. Their income brackets and education levels varied. There were no requirements on gender or age, although I ended up with six females with ages ranging from 21 to 49.

Finding candidates’ points of view on the popular issues is easy, but learning how candidates stand on issues that don’t make the headlines was tougher.

Participants had a wide range of concerns: health care, affordability of higher education, a woman’s right to birth control, immigration, and defense. While one participant searched for candidates’ position on the Affordable Care Act (ACA), another started her search by looking for suggestions on alternatives plans. After several minutes of unsuccessfully searching for what candidates supported (an alternative solution), rather than just opposed (ACA), she relented and changed her search to ACA. Likewise, a participant who stated a belief that higher education should be available to everyone found a lot of information on how candidates stood on public education policy. However, she was unable to learn how candidates stood on affordable higher education. And the participant who searched for candidates’ stance on birth control found much more information on abortion than birth control.

When talking about the biggest challenges they face in researching candidates, half of the candidates expressed some lack of trust in the source of the information.A couple of participants placed their doubts on the media, with one saying she preferred to go directly to candidates’ websites or Facebook pages rather than third-party sites. "I think that the biggest challenge that I'm finding in understanding how the candidates stand on issues that are important to me, are if you spend too much time listening to the media, because the media is skewed, and it goes both ways. And they are sensationalists. And if you listen too much to the news instead of going directly to the source, which is the candidate, you'll just make up your mind." A third looked for reputable sources and started her search looking at The New York Times. But while she trusted that source, other non-media sites she encountered seemed unreliable: "I have a hard time when I'm looking at political websites because you just don't know how people lean, so it's really hard to take somebody's word."Later in the study, the same participant added, “Once I found the website that I was looking for, or this website that I ended up using (OnTheIssues.org), it was pretty easy, but the vast majority by a landslide are just people's opinions, or opinions pieces masquerading as information. And that makes it extremely difficult."

Some put the blame on the candidates.

Users cited inconsistency or avoidance in the statements the candidates make as an issue. One participant noted that candidates say one thing to the media, and then change their views somewhere else. Another said that “politician speak” can make it difficult to suss out what they mean. A third said candidates avoid addressing issues that may impact them negatively. And a fourth said candidates speak over the heads of the average citizens who have not taken the time to research the topics themselves.

Sometimes the issue is too much information.

Some participants found themselves a little lost amongst long pages of voting records for bills they were unfamiliar with or frustrated by a lack of context. In some cases, users jumped to several websites before finding one that clearly stated the candidate’s positions. One participant said that taking the time to sit down and understand everything was the biggest challenge she faced in becoming well educated.

While almost all participants approached the task of researching the candidates’ positions differently, almost all eventually landed on the same site, OnTheIssues.org. A couple participants searched out news stories to research their candidate. And while they sometimes found articles that interested them, for the most part, they were not finding answers to their specific objectives.   And this brings me to the final point, which is that an open-ended research study such as this one is not only useful for observing search behavior, it can be a valuable tool in assessing the competitive advantages of online websites within a market or niche. To conclude, this study pointed out not only shortcomings in the democratic process but also that UX research techniques can be applied to more than just measuring usability of a website or app. By looking at the issues users faced while researching political candidates, data like this could be used to devise a better solution and a healthier democracy. 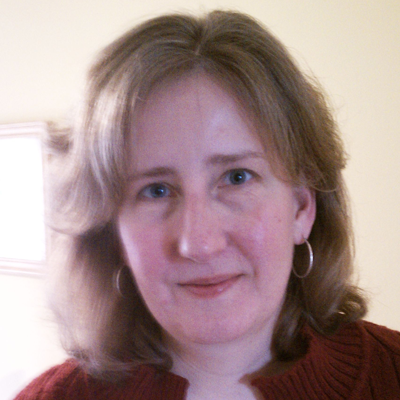 Christine Danko is a former Senior UX Researcher at UserTesting with a background in media. She’s fascinated with human behavior, and the “why” behind people’s actions.