Serendipity in the digital age: testing the dating app Happn

A series in which UserTesting's Research team studies a different product to share here on the blog. We hope you'll learn some unique research techniques and get inspired to run some insightful tests of your own. Enjoy!

Remember when the words “tinder” and “match” only conjured images of a campfire or a bundle of wooden sticks?

With the e-dating industry growing like wildfire, it’s no wonder that popular dating sites and apps like Tinder and Match.com have worked their way into our vocabulary. As e-dating evolves beyond the stationary desktop screen and adapts to the capabilities and mobility of our ever-present smartphones, spontaneity, serendipity, and simplicity have replaced the long-winded questionnaires of traditional dating sites.

What will dating in this world of geolocation apps look like? Can we regain a sense of mystery and romance in a data-driven world? How will the newest generation of dating tools impact our search for and interaction with potential partners?

We set out to explore these questions with our mobile recorder and tested a new addition to the dating app scene: Happn.

Happn, a French dating app, claims to give us an “everyday superpower.” This “superpower” is the ability to find and reach out to a person you have crossed paths within your daily life.

Happn takes this very analog concept of “ships passing in the night” and adds a digital twist, recording all the other Happn users within a certain radius who you’ve crossed paths with.

Recorded details include the current distance from your match, wherein your day you encountered them, and the number of times you crossed paths.

Since the Happn app relies on tracking your movements throughout the day and recording other users who pass you, we divided the study into two portions: the sign-up and the results. There had to be sufficient time between these two parts of the study to populate the users’ app with matches.

The qualitative insights we gleaned from following four users as they explored the app allowed us to better understand their concerns with geolocation and understanding of Happn’s underlying idea of “crossing paths.”

We sought out some fresh perspectives from users in New York City—where the app originally made its North American debut—who were new to the app. We tracked test participant's actions across the screen as they swiped and scrolled through their results, and recorded their voice as they spoke their thoughts aloud.

Happn's real magic happens when users are out and about, so we tested the app with users on the go.

The second portion of the test was taken on the go or in a location other than the users’ home to see if they could make a connection between a crossed path and their current location. Happn’s real magic happens when users are out and about, so it was necessary to have them physically move to different locations. Someone who stays inside at home all day would not gather any dating matches because they would not be passing anyone for the app to record.

Overall, users enjoyed the novelty of the app. The concept of “crossing paths” evoked images of romance and serendipity that harkened back to a time before smartphones and was very different from other dating apps. The concept of crossing paths was well received, but there were some hiccups in its execution which led users to seek clarification on how to use the app.

“It’s almost not even e-dating, it’s like meeting someone without meeting them.” -Female test participant, 30, USA

Editor's note: we've blurred the pictures in the videos below out of respect for Happn users' privacy.

Users noted that the app identified an area in which you crossed paths with a person, and not a specific location.

This allowed them to understand where in their day they could have encountered this person without revealing personal information that would make them feel unsafe. (Imagining an app tracking your location and sharing this information in too much detail raised safety concerns for some users.)

"I'm glad that it doesn't show exactly where you've crossed paths. You can't get all stalkerish and go to a certain area to find that person.” - Male test participant, 24, USA

Understanding your proximity to your match

What sets Happn apart from other dating apps is its ability to tell you where and when you crossed paths with a potential partner. This means that it’s imperative for the app to clearly communicate this information.

However, it was not clear to one user whether the distance on the details page of a match indicated their distance to him now or at the time he crossed paths with them. He was clearly interested in this information, but it frustrated him that this was not easier to understand.

“This is an unexpected experience, and it needs to be presented that way or it’s confusing.” –Female test participant, 24, USA

Additionally, the app displays units of distance using the metric system, which led a couple of our New York users to wonder if they could switch to US customary units (feet or miles).

GPS and the limits of your mobile phone

The strongest objection to the Happn app came from the restrictions of the mobile device itself. Having to keep the geolocation position on at all times to track your movements meant that the battery power drained faster for one test participant. Her objections were not with the concept of knowing where potential partners were, but rather, that the app required her to use the GPS function of her cell phone.

"I often don't have my location app on; I don't like keeping it on. It kills my battery, uses up my data." –Female test participant, 24, USA

For most users, the Happn app combined the old-fashioned notion of bumping into your future spouse on the street with the reams of data offered by the digital age. The app was closer to the way people used to meet, without knowing anything about a person, but curated with a technology that can put you in touch with the people you already may see, but not recognize.

With the app having expanded into Chicago and Los Angeles—and now boasting a user base of 1.7 million after only a year—“happen” might be the next word to take on a new meaning in our geolocated future. 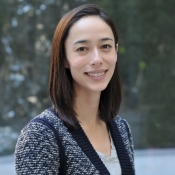 Georgia is a UX Researcher at UserTesting. When not working, she enjoys reading, traveling, skiing, and enjoying the Californian sun.