Why You Shouldn't Hire a UI/UX Designer 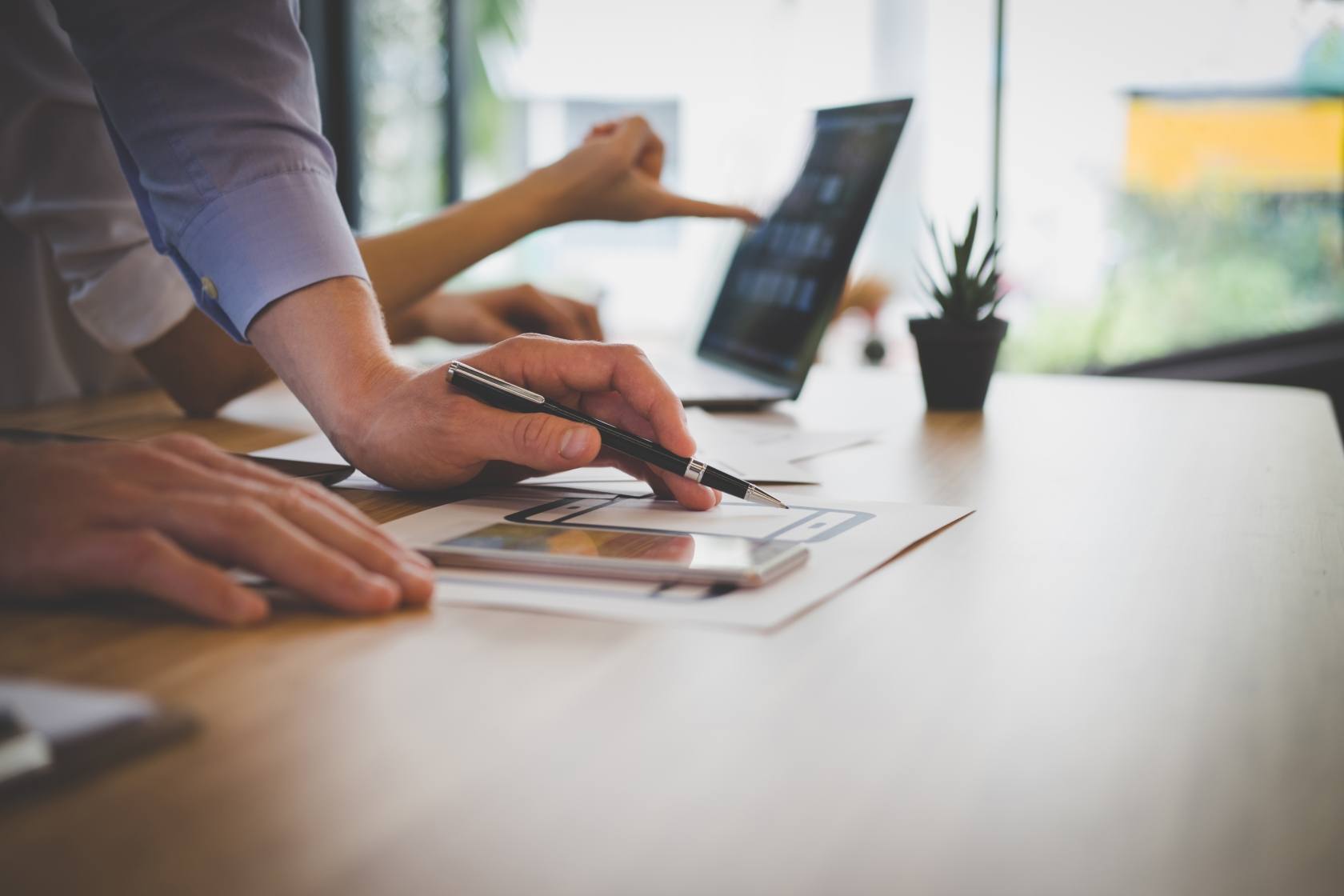 UX Designer and UI Designer are two vastly different roles and a single person should not be hired to be responsible for both. There, I said it!

For the past two years, I have worked at two different startups in the role of Lead UX/UI Designer. I have also interviewed for many of these positions.

At this point, it's become quite clear to me what is happening. People, especially startup founders, don't really understand what User Experience Design is, but they do understand that it's important.

They also understand that having a usable interface is an extremely important part of launching a successful digital product. Because if people can't use their product, they won't.

They hope, by sticking the title of UX along with the UI, they will attract an awesome User Interface Designer who also takes User Experience into consideration.

But here's the thing: a good User Interface Designer is always taking into consideration the UX of what they're designing. That doesn't mean they should, or are even qualified to, take on all the responsibilities that come with being a User Experience Designer.

The same concept applies for hiring a UX Designer, and having them also take on the responsibility of designing your interface.

If people can't use a product, they won't.

But… what about those people that have both sets of skills, should you hire them for both roles? I say, no.

I'll even go as far as saying that hiring the combination UX/UI Designer greatly increases your chances of failure, since both of these roles are equally as important to your success.

To understand why, let's first make sure we understand the difference between a UX and a UI Designer. 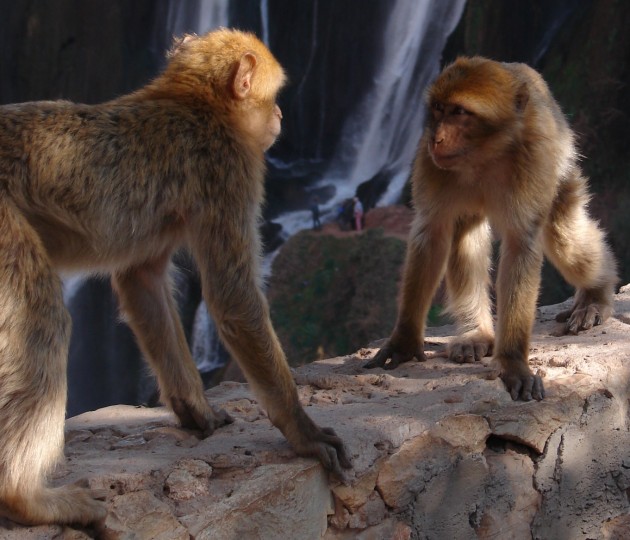 UX and UI monkey will fight to determine the alpha designer of the office.

This is maybe the most important question of all. What are these roles? Who defines their set of responsibilities?

The truth is, they vary from company to company, so trying to nail down exactly what each does can be tricky. Here is an overview of each position that, in my experience, I have seen produce the best results.

Many people think the job of UX is to lay out wireframes to specify where elements go, and do it in a way that the user won't get confused while using your app.

Sure, that's a part of it, but that's not even close to the most important part. To understand the role of UX, you need to think about what defines the success of what you're building.

When a user interacts with your product, and it delivers the value you promised them in a positive way, then you've built a successfully usable product.

But, going from idea to finished product is a long, drawn out process, and if no one is responsible for keeping the user's experience in mind, then it will quickly get buried under piles of feature requests, egos, ideas, and added "fluff".

It's your UX Designer's job to know everything there is to know about your users, and to keep their experience consistent throughout all phases of your project.

This means your UX Designer needs to be involved in every step of the process, from concept to execution to implementation.

Hiring the right UX Designer from the start is a crucial part to building a product people will want— and need—to use on a regular basis.

(Note: I've put together a bonus resource at the end of this post that will give you everything you need to know to hire the best UX Designer possible.)

Many people also think the job of a UI Designer is to just make wireframe mockups look visually appealing.

Once again, while this is technically correct, it's not the most important part. It's not only about the way the visuals look, but how they work, where they're placed, and how easy it is to determine what can be interacted with.

For example, if I created the wireframe for an eCommerce store, I would probably specify where I wanted a price slider to be. On that wireframe, the price slider would be represented by a box that says "price slider".

It's the User Interface Designer's job to take that box and turn it into an element that lets the user understand what it does and how it works, just by looking at it. That in itself is a huge task.

The UI Designer may also suggest a different placement for elements, or different types of elements to create a better interface. Maybe that price slider sucks, and they have a better solution, so they implement that instead, all while keeping the user's experience in mind.

The UI Designer is building tools for our users to interact with in an enjoyable way.

If we're talking about delicious cake (and why wouldn't we be?), UI is the icing, the plates, the flavour, the utensils, and the presentation. UX is the reason we're serving cake in the first place, and why people would rather eat it than hamburgers. 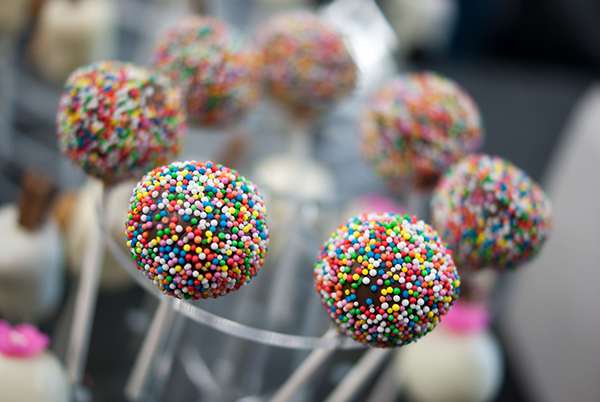 Each role deserves a specialist

It's easy to see how these two jobs can overlap. This is the case most people make when hiring the combined role. Why not get two jobs for the price of one? What they aren't taking into consideration is time constraints.

To simplify it, a UX Designer is in charge of the overall outcome of the project. This means they need to be involved in many different places at once, ensuring the value to the user is never watered down or compromised and representing the best interests of the user's experience.

On the other hand, the UI Designer is a more focused role, being in charge of only a specific area of the project, ensuring that the interface is visually appealing and can be interacted with in a successful way.

To me, the UX and the UI are the two aspects that literally define the success of your product. If a user doesn't get the value you promised them, your UX has failed. If your user can't use what you've built to get the value, then the UI has failed.

UX and UI are the two aspects that literally define the success of your product.

Considering the importance of these two areas, having a different person responsible for each is the only thing that makes sense to me.

How can a UI Designer focus on making the best interface, which takes time and focus, when they have to worry about the decisions being made on an overall level?

And how could a UX Designer focus on the bigger picture, like who the end users are and what they actually need, when they also need to concentrate on the pixels of designing a fantastic interface?

Speaking from years of personal experience, it's very difficult. In the end, both areas suffer because the UX/UI Designer is being pulled in too many directions at once.

This opens up the possibility of scope creep, which can mean disaster for you. Without the UX Designer's focus on keeping the user's interest in tact, other stakeholders are free to increase the requirements of the project. What you end up with is a bloated, unusable product that contains 10,000 features that no users ever wanted in the first place.

So how do you avoid this trap of the combined role if you've only got a limited budget?

If you find yourself in a position where you can only hire one person, hire a UX Designer first. And when I say first, I mean the very first person you hire or assign to a project.

Why? Among all the things that make up a good user experience, one of the most important is desirability. What this means is ensuring that you're creating something that people even want.

If no one wants what you're going to build, you've failed before you've even begun.

Through user testing, face-to-face interviews, and field research, the UX Designer can validate whether or not the idea, in its current shape, is even worth building.

If it turns out no one wants the idea, this field research and user testing can then help you shape the idea into something that your target customers actually desire.

This is why hiring a UX Designer first makes the most sense.

But, with all the confusion behind what role a UI Designer plays vs a UX Designer, hiring the right type of UX Designer can make all the difference.

What I mean by this is, you need to be sure you're hiring a person with a full range of UX experience, including the user research and overall value part, and not someone who just takes UX into consideration when creating wireframes.

Based on my personal experiences, I find that having a dedicated UX Designer from the beginning of a project greatly increases its chances of success.

The ultimate goal is to deliver the most value to your user as effectively as possible. If you can do this, you won't have trouble selling or growing that product.

But value can easily be lost when a number of people are involved. Ideas are flying around and stakeholders often want their ideas incorporated. In situations like this, it's vital to have someone who understands your users, and who can sort between wants, needs, and must-haves.

Combining the roles of UX/UI Designer means taking focus away from two of the most vital parts of your product, leaving the overall experience your users will have at risk.

It's crucial to understand the importance of hiring an experienced, dedicated UX Designer for your next project. Someone who has the full range of skills to take all aspects of UX into consideration, and deliver the most value to your users.

To help you out with hiring the right UX Designer for the job, Craig has created The UX Designer Hiring Handbook.

Who else should (or shouldn't) you hire?

Find out in our new eBook, 4 Stages of Building and Scaling a UX Team. 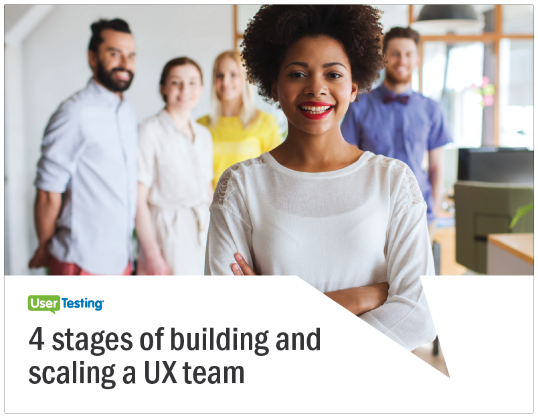 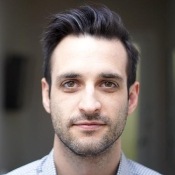 Craig Morrison is a User Experience Consultant and the founder of UsabilityHour.com, a blog where he focuses on helping entrepreneurs grow their business by teaching them how to deliver positive user experiences.