Drones and their apps: studying the in-flight user experience 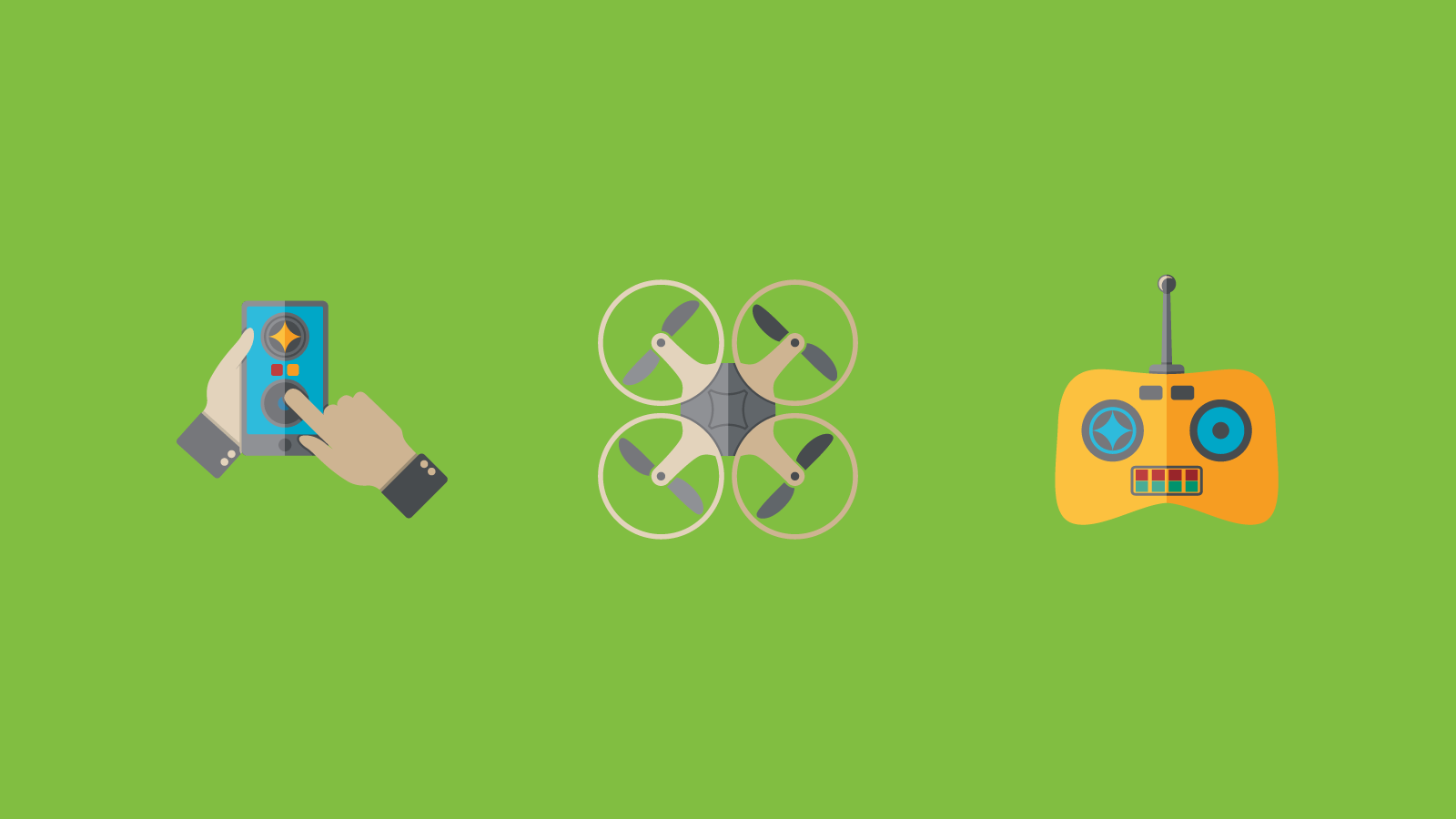 Today, anyone with a bit of money and practice can take to the skies with relative ease. Drone makers aim to give users a realistic flight experience by implementing apps and first-person camera feeds to replace or augment conventional physical controls.

Users can now operate drones at remarkable distances, and with legitimate precision. Mid- to higher-end models allow users to automate more difficult parts of the flight process such as landing, hovering, and performing advanced maneuvers like barrel rolls. Some can even complete pre-determined flight paths without any input from the user. With each new iteration, drone flights grow ever closer to a fully immersive piloting experience.

We ran a remote usability study to observe people using either physical controllers or Android apps to fly their drones and/or operate the camera function. This study did not focus on the setup of these applications, but rather solely on the in-flight experience.

We asked test participants to open their app and begin flying the drone as they typically would. Each participant talked through their drone experience, describing any likes and dislikes with the controllers, cameras, and drones. After landing their drone, they were asked to explain their opinions in greater detail.

With UserTesting’s mobile recorder, we were able to track all of the test participants’ on-screen actions, in addition to everything they said during the test.

Whether using physical or touch screen controllers, our test participants were required to perform what seemed to be very similar actions in order to fly their drones. While physical controllers include three-dimensional joysticks, our participants’ touch screen controls took a similar approach by providing an interface that aimed to mimic this same circular field of movement. 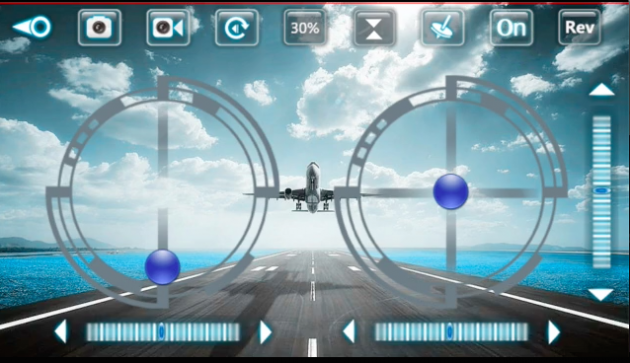 Two participants talked about the use of slider features to regulate drone functions at a set rate. These sliders were useful because they made controlling the drone an easier task, but still allowed the flight controls to feel autonomous. In most cases, these were used to hover at a certain level, or maintain a certain speed. One of the most important features was the ability for drones to return themselves to the user automatically whenever the battery dropped below a certain threshold.

Although virtual controllers offer a number of features that physical controllers cannot, there was a need for finer controls with these. Our only drone crashes during this test came from two users who used touch-screen controllers. These occurred as a result of not having precise enough controls to stabilize the drone as desired.

"I prefer a physical controller, hands down. You have the physical sticks right there that you can feel, that you can make minute adjustments with much more easily than you could on a phone... I've used joysticks built into a touchscreen, and sometimes you lose a sense of where the center is, so when you want to return to the center, it's hard to tell where that is or go slightly the other direction.”

“Having the live feed is definitely among the best parts of this experience.”

While flying a drone or any high-end RC vehicle is enjoyable, the ability to control your drone’s flight from a pilot’s perspective changes this experience entirely. Since drone cameras have remained legal, users can take advantage of this feature.

Our participants with cameras praised the ability to view the flight both remotely and in real-time. This was useful not only because it gave them the first-person experience they wanted, but also because it allowed them to fly the drone beyond their own line of sight. One user even reported operating his drone from more than a half-mile away at times.

The most useful features within camera controllers were the ability to adjust resolution (and view in HD for higher-end drones), pan the camera in different directions, and record the flight video directly to one’s phone. That said, the apps we observed kept the layout relatively simple, with the focus being on the video feed itself, instead of the extra features that complement it.

Although the camera features were useful on the whole, one user reported having consistent issues with a small amount of lag on his video feed. This rendered his drone far less useful for any flight beyond of his field of vision.

Trust is a major factor in deciding between a physical or app controller.

As one user discussed, there are distinct technical problems with using an app as a controller. Should users find themselves falling in and out of data coverage during a flight, or struggling to control their drone precisely with a faulty app, it could easily lead to a crash. And while one crash doesn’t seem so bad, consider that most decent drones now cost in excess of $100, and they can definitely cause harm after falling from hundreds of feet in the air.

“I think that people need to be responsible when flying these drones. They can be dangerous. They can fall out the sky, land on other vehicles, cause a car accident. [Drone users] need to be cognisant of their area... Safety first.”

Being able to control the drone precisely was one of our participants’ greatest concerns. Throughout this research, the biggest difference between the two controllers was the better precision of the physical controller. A joystick can resist and allow users to physically experience the change they are causing in the drone’s flight path, but a touch screen cannot offer the same tactile feedback, and users felt less confident with the touch screen controller.

Because neither type of controller can complete the first-person experience independently, the likely future of drone controllers lies in a blend of the two.

Given the appreciation for a first-person camera feed, implementing virtual reality tools for drones is a clear next step.

This technology should begin to show up in the consumer space in the next few years, as companies like HTC and Oculus Rift create partnerships with worthy drone manufacturers. On a smaller scale, several start-ups have already begun to make this experience a soon-to-be reality, and first-person view drone racing has grown tremendously in the past year. For now, ad-hoc methods such as smartphone VR sets can provide a glimpse of what’s to come.

Sam Maliska is a UX Researcher at UserTesting. When he’s not running studies you can find him exploring the great outdoors on his bike or enjoying a cool domestic macro-brew.