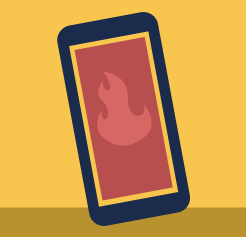 When you first look at the newly released Fire phone, it doesn't appear to be groundbreaking. Yes, there are some extra cameras on the front and an Amazon logo on the back, but otherwise it could easily be mistaken for any number of other smartphones on the market. 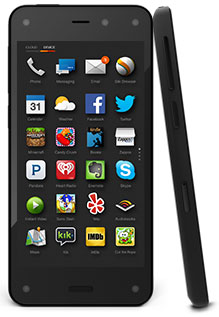 At first glace, you wouldn't notice how different Fire really is.

So what makes it different? What's the Big Thing that's going to make millions of consumers give up their iOS and Android (and Windows) devices and buy the Fire Phone?

On the product page, Amazon touts a few hardware elements (such as 32GB of storage) and deal-sweeteners (a free year of Prime), but the pitch essentially comes down to this: The Fire Phone may look like other phones on the outside, but once you turn it on, the user experience is like nothing you've ever seen before.

So, are these four features really that big of a deal?

Do they work? Are they truly innovative? Do consumers find them interesting and useful?

To find out, we ran a study with 53 mobile users. Here's what we learned.

[PDF: View the results of this study]

Dynamic Perspective is a system that uses sensors and cameras to detect how a user is viewing/shifting the phone and then changes what is displayed. The feature allows for interaction via movement (tilt to scroll, shake to swipe, etc.) and also provides a dynamic, three-dimensional experience for some elements.

Our users first encountered Dynamic Perspective on the lock screen, which showed a 3D-image that changed as the person or phone moved. Many said this initial experience was "cool" but a number also said it felt "gimmicky."

That reaction was pretty much the same for most of the Dynamic Perspective integration. Users said it was nice that that their app icons appeared three-dimensional but didn't especially see it as useful, and they felt similarly about the depth it added to maps.

This moving perspective is nice, but I'm not sure how useful it's actually going to be.

Games were the one area where users thought the feature was truly impressive. Many said the ability to shift perspective added a completely new element to mobile gameplay and made the experience more fun.

As for being able to move the phone to swipe and scroll, users had mixed reactions. Many said they could see the value, but had problems when they actually tried to use the features. In particular, users found it hard to tilt the phone to read because the scroll was too fast or too slow.

Users gave Dynamic Perspective an average score of 3 out of 5 for ease of use; the median score was 3 as well.

Firefly is a pre-loaded app that uses the phone's cameras and microphones to identify media (music, movies, TV shows), objects, and even website URLs. Once something is recognized, users can get more information about it from sources such as IMDb and, of course, go directly to the Amazon store to purchase.

Users got Firefly to work easily with objects that had clear, recognizable logos (such as the front of a Post-It note package), but couldn't get it to work in all situations (such as identifying the back of an Illy coffee can).

Even when an object was scanned and recognized, the accompanying Amazon information wasn't always perfect—sometimes the associated link led to a similar product rather than the exact match.

Overall, users were generally impressed with the functionality but thought it wasn't fully-baked. A number said that they could see themselves using it in the future once the kinks were ironed out and the database of objects was larger.

If they could develop [Firefly] out a bit more so it recognized everything, that would be amazing. That's really, really cool.

Users gave Firefly an average score of 3.8 out of 5 for ease of use; the median score was 4.

Carousel, a carry-over from the Kindle Fire, is one of the most noticeable parts of Fire OS 3.5, Amazon's operating system that is layered on top of Android. The feature presents apps and content as a series of giant icons that can be scrolled through horizontally, with accompanying information appearing underneath (recent photos with the camera icon, related apps with a game icon, etc.).

Users had mixed reactions to the feature. Some liked Carousel immediately and thought it was a better way of presenting things compared with the traditional smartphone home-screen. A few especially liked the big, clear icons and the simple swipe interface.

Other users found Carousel to be very confusing. In particular, users struggled to understand how the apps and content were organized. A few wondered if the entire experience was just a version of the Amazon app store, others couldn't understand how the content below each icon was chosen, and a few said they'd only use Carousel once it was fully customizable.

This carousel is different from other smartphone navigations. My concern is if I add new applications, how will they be organized? It's confusing.

Users gave Carousel an average score of 3 out of 5 for ease of use; the median score was 3 as well.

Mayday is another feature that originally appeared on the Kindle Fire. It allows a user to get immediate tech support from an Amazon representative via video chat for free at any time. The customer support specialist can see the user's phone screen (but not the user) and draw on it or take control if needed.

Mayday might be the Fire Phone's killer hidden feature in more ways than one.

Users universally loved Mayday once they connected with a representative. They especially liked that the response time was quick and that the reps seemed knowledgeable. Many also liked that the support specialists could guide them through things by highlighting parts of the screen.

Unfortunately, Mayday had one very big problem: Almost all of the users could not find it easily. There is no dedicated Mayday button on the phone hardware, nor is there an icon on the home screen, so finding Mayday usually required a lot of searching around.

Mayday was hard to find but easy to use, so if it's a feature that's supposed to help me and I can't find it, that doesn't really solve any problems.

Keeping Mayday a bit hidden may have been an intentional choice by Amazon to keep call volume down, or it might have been an accident. Either way, making the feature easier to find may present an opportunity for the company: A few users said that they would buy the Fire phone for older relatives if Mayday was simple to access.

Users gave Mayday an average score of 3.2 out of 5 for ease of use; the median score was 3.

Will users adopt it?

Amazon has the resources to go the distance with this new initiative, and they certainly have the determination they need to make a major play in the mobile space.

Maybe they are playing with fire, but after looking at the results from this study, it seems that they may be onto something. We’re looking forward to watching their journey into new mobile ecommerce territory, and it’ll be fun to see the response from users and Amazon's mobile competitors.

Have you had a chance to try out the Fire phone yet? Do you plan on switching to it anytime soon? 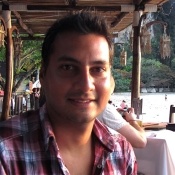 Ayaz Nanji is a digital consultant, contributing writer for UserTesting, and proud data nerd. He has worked as a content strategist and content creator for a whole bunch of places, including Google/YouTube, The Travel Channel, AOL, and The New York Times.