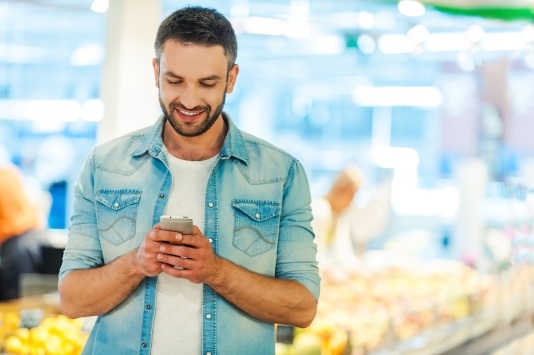 The human brain is wired to see structure, logic, and patterns. It helps us make sense of the world. In the 1920s, a group of German psychologists developed theories around how people perceive the world around them, called Gestalt principles.

For example, what do you see when you look at this image? 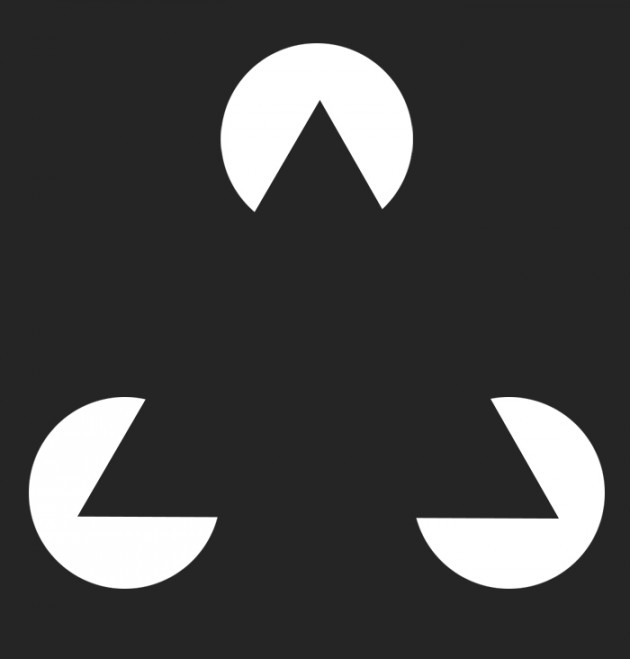 If you’re like most people, you probably see a triangle. But in reality, all that's there are three white “pac men.” We see the triangle because our brains take the ambiguous visual information and organize it into something that makes sense to us—something familiar, orderly, symmetrical, and that we understand.

When this cognitive process kicks in, our minds leap from comprehending all of the elements as individual and unrelated components to seeing the entire shape as a whole. And as a result, we perceive forms and objects where none were created.

To further illustrate this process, check out the GIF below. Your brain sees a dog walking, but it’s nothing more than a series of moving dots.

These are simple examples, but they demonstrate the types of shortcuts our brains make all the time to quickly make sense of the world.

What are the Gestalt principles?

These shortcuts are known as the Gestalt principles of visual perception, and they detail how our brains create structure by default. But why is understanding this important for web and mobile design?

Why designers should care about the Gestalt principles

Great designers understand the powerful role that psychology plays in visual perception. What happens when someone’s eye meets your design creations? How does their mind react to the message your piece is sharing? —Laura Busche, Brand Content Strategist at Autodesk

Think about that quote for a minute. When people first see your designs, how do they experience them? To understand what makes UI design work, you need to understand the psychology of human perception.

The fundamental law that governs a Gestalt principle is that we tend to order our experience in a manner that’s regular, orderly, and recognizable. This is what allows us to create meaning in a complex and chaotic world. And having a solid understanding of how these principles work will help you in three ways.

In this article, we’ll discuss seven Gestalt laws or principles that directly apply to modern design, and share some examples of how they’re used in UI design. This isn’t an exhaustive list, but you’ll quickly begin to notice that there’s an overlap between many of the principles and that they all work together fluidly. Now let’s dive in. 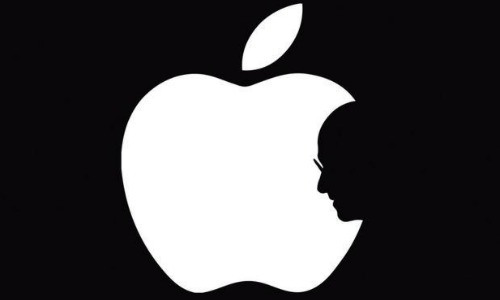 In the image above, for example, your eye instantly sees a white apple sitting on a black background.

This determination will occur quickly and subconsciously in most cases. Figure/Ground lets us know what we should be focusing on and what we can safely ignore in a composition. —Steven Bradley, web designer

When people use your website or mobile app, one of the first things they do on each screen is to determine which is the figure and which is the ground.

Examples of the figure-ground principle

The Basecamp homepage has a bunch of graphics, text, forms, and other information. And because of the figure-ground principle, you can immediately tell that you should focus on the content in the white foreground areas.

AngelList uses the figure-ground principle in two ways below. First, the text and logo on the left side of the page are clearly sitting on top of the background image. Second, the white text in the menu on the right stands on top of the black background.

The principle of similarity states that when things appear to be similar to each other, we group them together. And we also tend to think they have the same function.

For instance, in this image, there appear to be two separate and distinct groups based on shape: the circles and the squares. 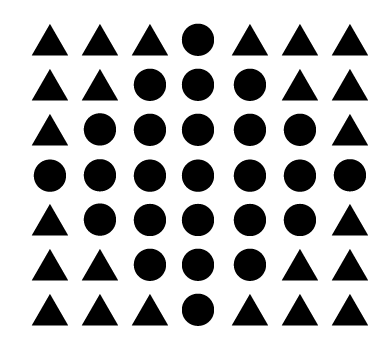 Examples of the similarity principle

GitHub uses the similarity principle in two ways on the page below. First, they use it to distinguish different sections. You can immediately tell that the grey section at the top serves a different purpose than the black section, which is also separate from and different than the blue section.

Second, they also use the color blue to distinguish links from regular text and to communicate that all blue text shares a common function.

Proximity is so powerful that it overrides similarity of color, shape, and other factors that might differentiate a group of objects.

Examples of the proximity principle

The nearness of each image and its corresponding text communicates that they’re related to one another.

And Vice uses this principle to distinguish between the images, headlines, descriptions, and other information for each of its stories.

Adding borders or other visible barriers is a great way to create a perceived separation between groups of objects—even if they have the same proximity, shape, size, color, etc.

Examples of the common region principle

In the example from Pinterest below, the common region principle is used to separate each pin—including its photo, title, description, contributor, and other details—from all the other pins around it.

And it’s used in the Facebook example below to communicate that the comments, likes, and interactions are associated with this specific post—and not the other posts surrounding it. 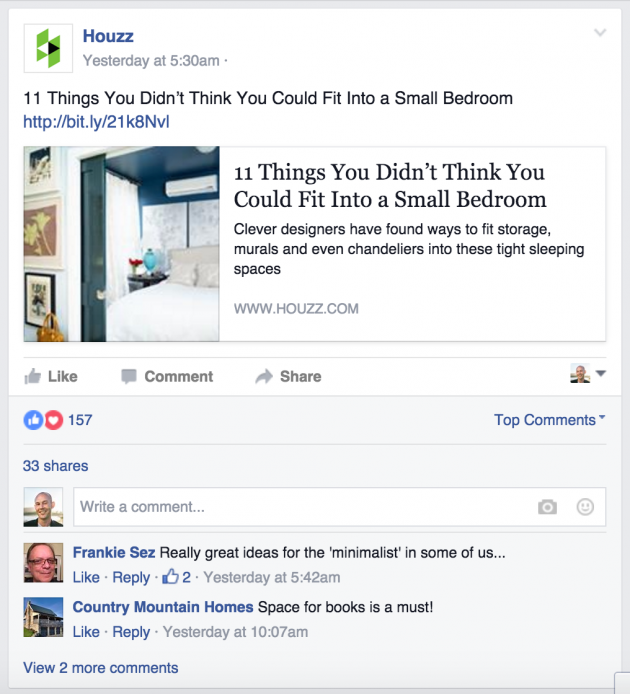 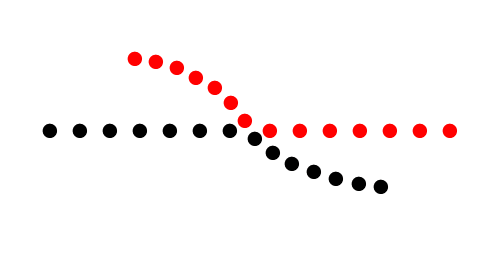 Examples of the continuity principle

Amazon uses continuity to communicate that each of the products below is similar and related to each other (books of similar topics that are available for purchase).

Sprig uses it to explain the three-step process to use their app.

And Credit Karma uses it to illustrate the benefits that their services provide.

In other words, when you see an image that has missing parts, your brain will fill in the blanks and make a complete image so you can still recognize the pattern. 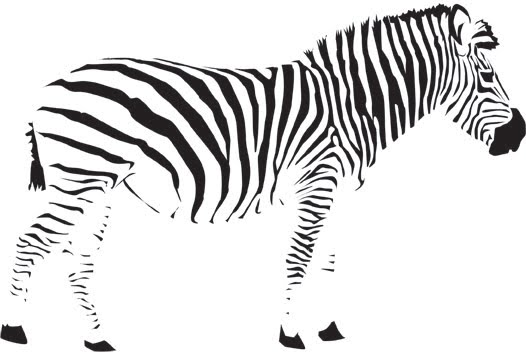 For example, when you look at the image above, you most likely see a zebra even though the image is just a collection of black shapes. Your mind fills in the missing information to create a recognizable pattern based on your experience.

Examples of the closure principle

The closure principle is used often in logo designs at a variety of companies including IBM, NBC, Zendesk, and Funding Circle. 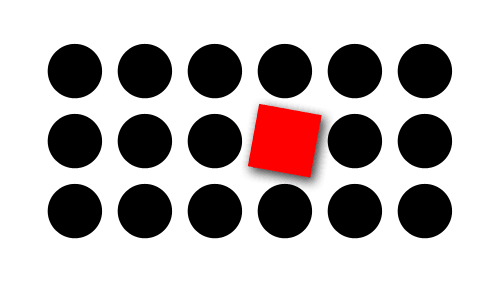 When you look at the image above, for example, the first thing you notice is the red square because it’s different from all of the black circles around it. It’s the first point of interest that grabs your attention, and from there, your attention moves to other parts of the image.

Examples of the focal point principle

Twilio uses the focal point principle to draw your eye to their call-to-action button.

And in the example below, Instacart combines the focal point principle with the figure-ground principle to draw your eye to the white foreground, and then to the green “find stores” button.

How UserTesting can help you test UI design

Here’s a glimpse of what you can do:

If you understand how the human mind works, it’s easier to direct people’s attention to the right place. And keeping these principles top-of-mind will help you keep the user at the center of your product development process. 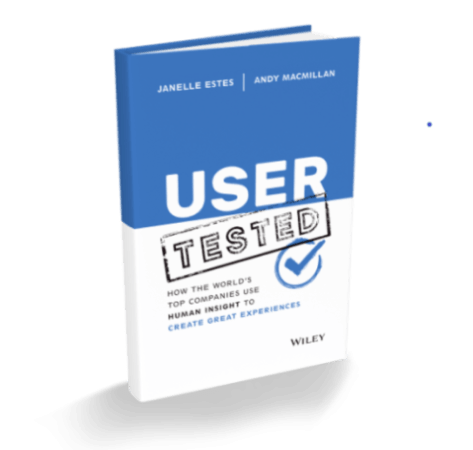