I recently came across a site from the Nature Conservancy that highlights the issues surrounding water conservation. Not exactly a riveting topic, yet the site’s design created an interactive, storytelling experience that I couldn’t help but read through.

That got me curious about the site’s design, so I went digging to learn more. It turns out the design incorporates parallax scrolling, which involves the background of the site moving at a slower pace than the foreground as users scroll down the page.

Parallax scrolling was a big trend in 2014, but now designers seem a bit over it. When I asked our very own designer extraordinaire, Emily, she sighed and rattled off a laundry list of issues and glitches with the design trend. She’s not a fan.

OK so some designers don’t love it. But what about the marketers of the world? Is this the kind of content target personas want to see? Would scrolling make content more engaging, help users understand a brand’s message better, and have an overall better experience as a result of parallax scrolling?

Naturally, we decided to test this. We chose two sites that used parallax scrolling to tell a story. Here’s what we discovered.

Our test sites, The Nature Conservancy, and Akita.

Did users know what to do?

The majority of users didn’t immediately know what to do. Although both sites had a “start here” button on the site, most users either didn’t see it, or ignored it. As a result, those users found the initial interaction confusing and disjointed.

The few users that did know what to do, however, appeared engaged and eager to move through the site. 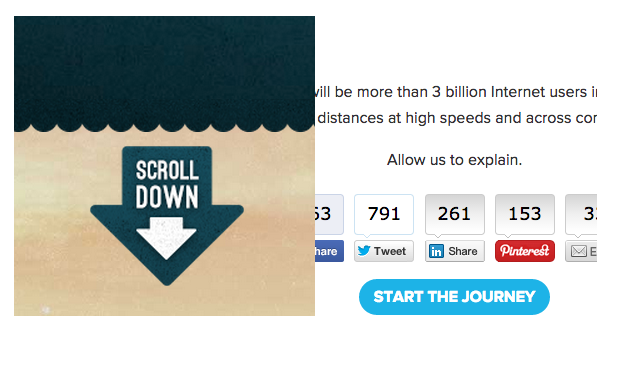 Nearly all the users enjoyed the scrolling interaction—at first. But many of them were completely over it about one to two minutes into the test.

One user completely missed the gimmick altogether, and found the site confusing and pointless.

Would users recommend the site?

This was one of the last questions we asked, so given how frustrated most of the users were at this point, it wasn’t surprising that the majority of them wouldn’t recommend the site to friends or family.

The few users that weren’t annoyed with the site by the end were eager to recommend to friends or family, but only ones that are at least a little tech savvy.

Scrolling or a traditional site?

By now you can probably guess how this panned out. The few users that dug the experience thought it was the bee’s knees, and everyone else couldn’t wait to get back to a more traditionally-designed site.

OK so maybe our design friends have some valid points. Some users really didn't like the scrolling. But the ones that did like it were super into it. That's gotta count for something.

While the jury’s still out on parallax scrolling, the tests revealed some interesting information to think about if you’re considering incorporating this design on your site.

Scroll down (see what I did there?) for a rundown of the good, the bad, and the ugly based on our user tests.

The bad and ugly

Last but not least, let’s wrap up with a few notes on how parallax scrolling works on mobile.

The short answer: it didn’t. Only one user was able to load the page of one site, but the scrolling was so difficult the user gave up before completing the test. The other site didn’t fare much better. Here’s what users see when trying to access it via mobile: 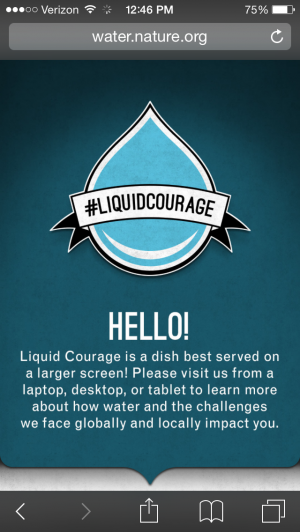 The Human Insight Summit is coming to the Big Apple