Practical Empathy: For Collaboration and Creativity in Your Work [VIDEO]

Martha Andrews  |  October 23, 2015
We recently hosted a webinar with Indi Young, author, UX consultant, and founding partner at Adaptive Path. Check out the video to hear what Indi had to say about empathy, or read the full transcript of the session below! 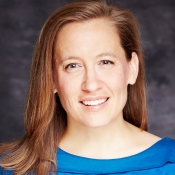 Martha Andrews is a former marketer at UserTesting. A perpetual student, she is ridiculously excited about helping make the web nicer place. Her spare time is spent planning and executing travel itineraries with friends and family.

What retailers need to know heading into Black Friday

The Human Empathy Project: amplifying the voices of everyday Americans

The Espresso Webinar continues: highlights from part three of the series