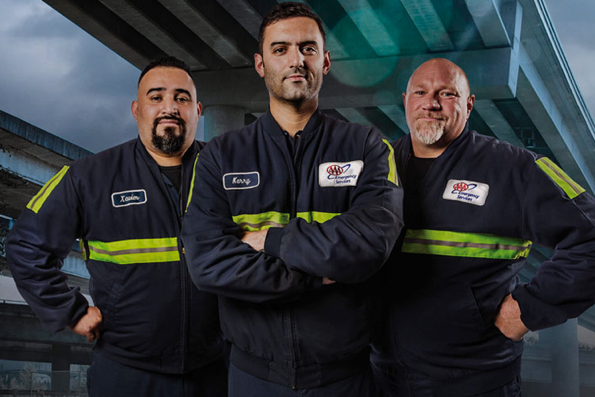 Founded in 1902, today AAA is a federation of regional clubs with over 60 million members across North America. As part of that federation, AAA Club Alliance serves members in 13 states, providing access to roadside assistance, car care, retail discounts, travel services, insurance, and many other services

Because AAA operates across several industries, affiliated clubs are challenged to communicate the broad value of membership without losing focus on their core product: roadside assistance. The complexity required to support these distinct lines of business can lead to competing interests and siloed efforts.

Like many organizations, AAA Club Alliance (ACA) knew with precision what inbound customers did, but was less certain about why those patterns existed. The various tools at their disposal produced large quantities of data but little in the way of actionable insight. And despite rigorous analysis and targeted updates, sales funnel optimization efforts failed to produce the desired results.

ACA’s UX Manager, James Lane, knew an important voice was missing. “We were capturing all the data, doing all the surveys, but we weren’t talking to our users," said James. "Despite customer feedback being an essential part of how we operate, our quant-heavy culture was challenged to see how talking to a few dozen people might yield meaningful results."

A leadership transition created an opportunity for change, as a new CMO began driving a culture of rapid experimentation, and long-standing barriers began to fall. ACA Digital leadership moved quickly to form an agile UX team consisting of a designer and product manager, working alongside front and back-end developers. “We hit the ground running, and UserTesting was our very first step. We needed a baseline and a way forward... yesterday.”

Testing quickly pointed to users being overwhelmed by the amount of information they encountered. The team saw this as a reflection of ACA’s organizational complexity, and knew a difficult balancing act loomed. Each image, headline, and call-to-action on the ACA homepage was the product of well-informed business lines with specific goals. A push for radical simplicity was unlikely to succeed without solid grounding.

UserTesting’s highlight reel feature proved to be an effective method of socializing customer feedback. James found that, “when executives hear a diverse chorus of testers say ‘This page has too much going on,’ suddenly they pay attention. They realize that survey data won't tell you that.”

With a goal of slimming the experience in place, a new challenge arose: How to prioritize and streamline what should remain? Again, the ACA team turned to UserTesting for fast feedback and actionable human insights. “We needed to know, for example, the relative importance of each type of information. How meaningful and helpful was each grouping or sequence? It was a continuous cycle of building deeper empathy, responding with targeted intention, and letting users tell us if we made progress in each area.”

Based on UserTesting feedback, the team hypothesized that by anchoring a visitor’s perception of value to the benefits of AAA membership first, it was easier to positively influence customer consideration on a subsequent page. “We discovered that the optimal user journey builds a sense of value in a rapid succession of stages. Our new homepage now has 90% less content, but moves visitors through a specifically crafted narrative informed by our insights.”

After numerous design iterations, each of which was tested and validated through UserTesting, the ACA team arrived at a clean, concise, and mobile-friendly solution that exceeded expectations on their desired business outcomes.

To ensure a direct comparison, ACA ran a 50/50 split test of the new design against the legacy experience. And it didn’t take long for the team to get excited. “Right out the gate, the new design was a big winner. So much so that we had to confirm, and re-confirm, our results.”

As a result, the new design exceeded even ACA's most ambitious predictions. Total organic conversions were up 30%, including a 55% lift for Premier memberships (AAA's top-tier membership type), contributing to a 39% lift in total revenue.

Most impressively, in a critical lead-up to the summer road trip season, conversion lift for the new design rose to an astounding 85% in the week surrounding Memorial Day. Continued testing has already generated a list of potential enhancements, which the team believes will further improve performance.

In reflecting upon how UserTesting aided the team’s journey, James said, “Having the ability to explore customer sentiment, probe for clarity, hear from targeted users, and share that learning quickly and easily…it was a game changer for us. Quite simply, we could not have achieved the incredible results we saw without the insights gained through UserTesting. It is by far the most potent weapon in our arsenal.”

Perhaps a more lasting impact is how these results have begun to change the way ACA views qualitative feedback, and how it can give deep contextual meaning to quantitative data. While ACA is still refining their user-centered design process, James is encouraged by the shift underway. “Ironically, in the past, our commitment to members, and our bias for action, could work against us if we weren't careful.” For example, in the early weeks of ACA’s UserTesting contract, a widely distributed email from a senior executive questioned whether a core mobile app feature was obvious enough. According to James, “it was the type of deceptively simple email that could spur weeks of meetings, and dozens of emails, across several teams. The machinery was already in motion, so I quietly spun up a test.” Two days later, a highlight reel was shared with the group, confirming that members had no trouble finding the feature. “The fire drill was quickly called off, and that got people‘s attention," showing how qualitative human insights can quickly explain the why and drive decisions immediately.

For James, the experience reinforced the fact that customer research isn’t just about finding new and better ways to innovate and grow the business. It's also about reducing risk and building confidence. "UserTesting can even help save us from ourselves. And sometimes, that’s half the battle." 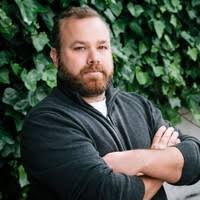 Quite simply, we could not have achieved the incredible results we saw without the insights gained through UserTesting. It is by far the most potent weapon in our arsenal.