To block or not to block: Can UX and digital advertising be friends? 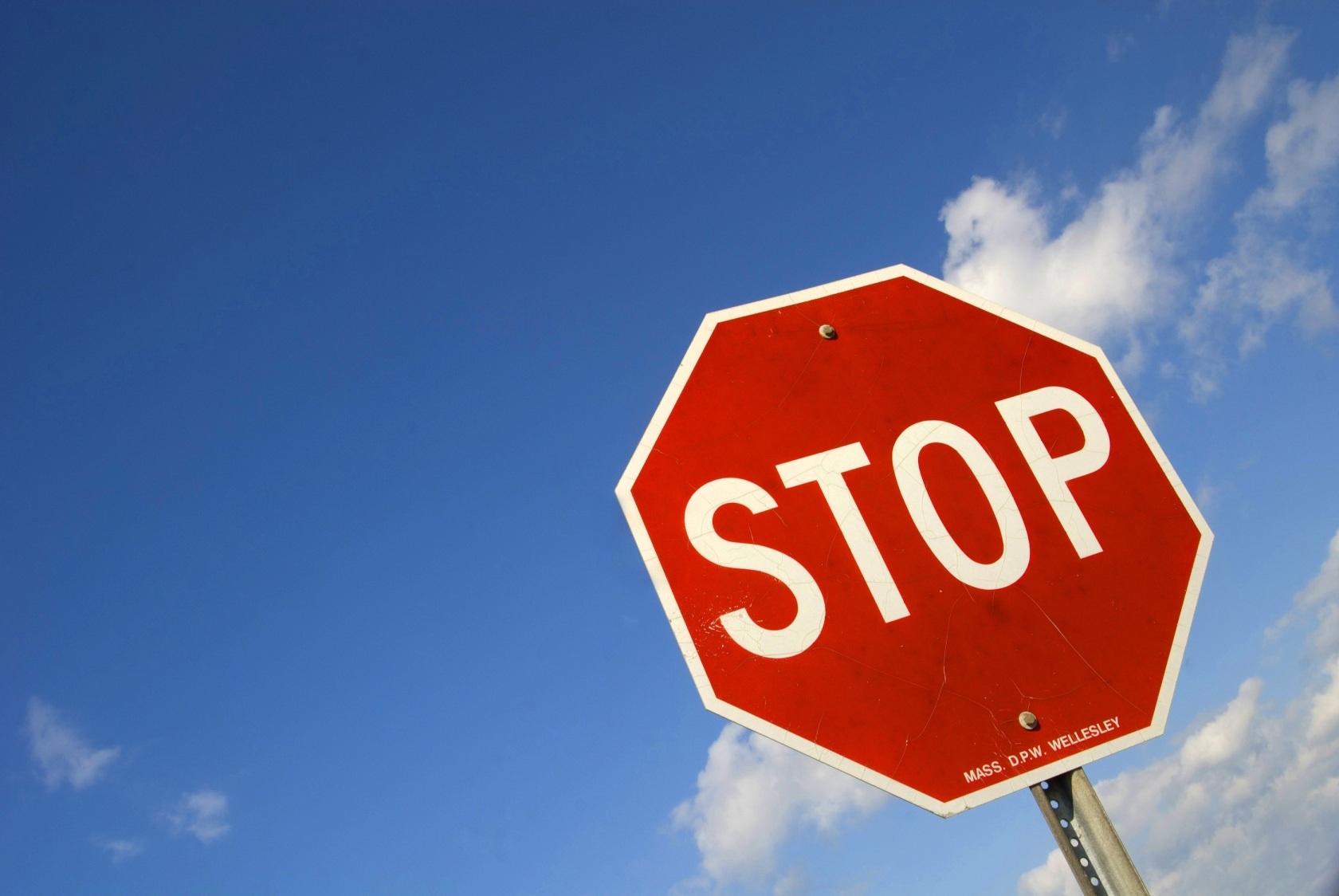 It’s a rare occasion that I pay attention to an advertisement—let alone enjoy one. I’ve gone to great lengths to avoid ads. Years ago I got rid of cable and started to watch my favorite TV shows online through services like Hulu, or on DVDs (remember those?) from Netflix. I avoided websites that displayed lots of ads and stopped reading articles if too many ads popped up while reading.

I was as ad-free as one could be, and for a while, it was glorious. But advertisers caught on pretty quickly and digital ads began to take over. Pop-ups and banner ads soon covered a large portion of every digital page and it was nearly impossible to avoid them (or worse cases, accidentally click on them, spawning a deluge of potentially malicious ads, quietly planting malware on my computer).

The advent of ad blockers

So when ad blockers came on the scene I was thrilled. Finally, there was a way to omit all the irrelevant, disruptive, occasionally offensive, and sometimes unscrupulous “advertisements’ from my digital experiences. And just like that, my experience was great again.

And that’s when my Xanadu ended. Content providers were losing gobs of money—$21.8 billion globally in 2015 alone—and felt helpless to address the situation. Some even resorted to essentially begging users for money to keep the lights on:

Source: OKCupid But other outlets haven’t been so cordial. Forbes, home of the quote of the day that few ever read, recently tried an experiment to combat it’s plunging ad revenue. They simply restricted content from users that employed an ad blocker to see how many users would disable their ad blocker to access Forbes’ content.

As a frequent Forbes reader I was stunned—no, offended—when I first encountered this. In fact, it was this experience that inspired this article. I couldn’t believe that a site that relied heavily (but not completely) on syndicated content from other writers (myself included) could have the nerve to insist on serving up ads based on content they didn’t pay for.

I was pretty frustrated, and in a fit of rage, swore off reading anything on Forbes until they changed their ways. 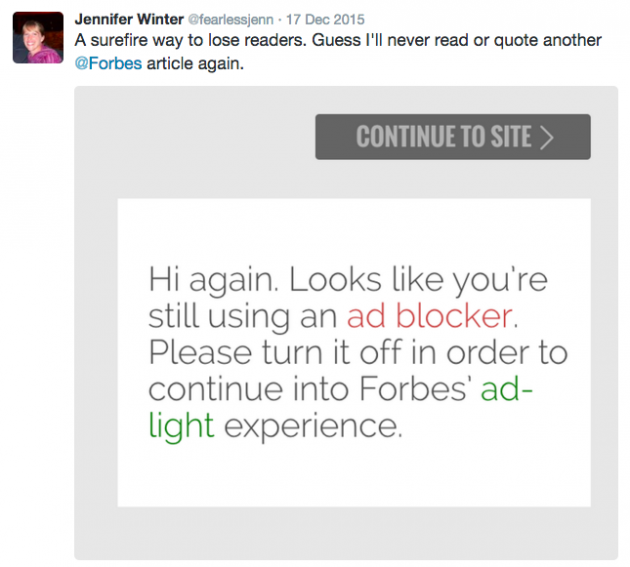 But there was a part of me that sympathized with them. The content that I read almost daily may not have cost me anything, but it wasn’t free—someone had to write it, edit it, and publish it. So how were they getting compensated?

This put me in a challenging position. Do I relent and let myself be assaulted by terrible ads to support great content? Or do I stand my ground and give up ever reading anything by providers that insist on serving up ads with their content? Were other users facing the same dilemma?

Naturally I decided to run a study to see what other users thought about the digital ad experience and the use of ad blockers. To do this, I had them navigate a notoriously ad-ridden news site, The Atlantic and review Forbes’ notorious ad block splash page. Here’s what I found out.

Mobile users are notorious for being distracted and sometimes even situationally disabled when they’re using their devices. The most interesting article in the world may never get read if the headline isn’t catchy enough, the copy isn’t scannable, or a zillion ads distract or block the page you’re trying to access. And let’s not forget limited bandwidth and expensive data charges, either.

The longer a page takes to load, the less likely a user is to hang around and read it—about eight seconds, if you’re counting. But it’s not just patience that’s being tested, it’s the user’s budget. Data isn’t free, and ads eat up valuable capacity. One user went so far as to hint that advertisers were stealing from users by displaying ads.

Once the page was loaded, it was the size of the ad that irked our participants most. A few went so far as to resort to expletives to describe the prominence of Audible’s ad, which, when viewed on a mobile device, is notable. (Only the PG versions are shared below.)

Another theme that surfaced with most of the participants—both for mobile and desktop—was the perception that ads were simply a means to install malware on a device, sometimes called “malvertising.” Pop-up ads and video ads that autoplay was among the most loathed methods, and ad-blockers were often cited as a means to protect against this.

I have to admit, after my experience with Forbes, I was a tad upset. I fully expected every single participant to vehemently denounce advertisers and demand change. Ads aren’t what they used to be and that’s why we ignore them, right? The last ad I remember was one from the Super Bowl that I watched online, from Volkswagen. Remember this one?

It’s been a while since an ad has entertained or engaged me like that, but one of the top rules of usability testing reminded me that I’m not my user, and my opinions aren’t necessarily representative of the general public.

It turns out, most of the participants in this study were fairly understanding of the plight of advertisers. And most even stated they felt the use of ad blockers was unfair. (Even if they still used them.)

The general theme with all the participants was this: the ads we see today are terrible, distracting, and often border on obnoxious. Nearly every participant admitted they’d be more tolerant of ads—and cease using an ad blocker—if advertisers put in the effort to make ads that were worth their attention. That’s a lot of support for something 45 million users in the U.S. alone actively try to avoid.

If Mad Men taught us anything, it’s that advertisers can be pretty creative. These days, the advertiser is justified by the interest of the user—not the other way around. If you utilize ads, make sure they adhere to good UX. The goal should be to delight and engage, not overwhelm, frustrate, and annoy. 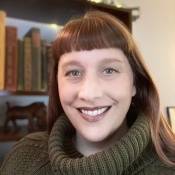